Jotwell's latest legal history posting is Christopher Schmidt's review of Sharing the Prize: The Economics of the Civil Rights Revolution in the American South by Gavin Wright (Belknap Press, 2013). 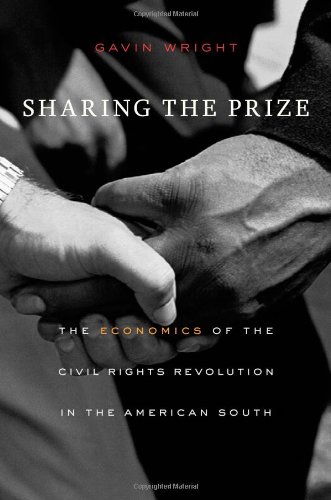 "Quantitative scholars too often seem intent on sucking the complexities and nuances out of history. Sometimes, however, throwing numbers at history can have the reverse effect. Historians get themselves into ruts, embracing assumptions and approaches that ultimately shorten the horizons of analysis. A certain predictability develops in the scholarship. New contributions add more bricks to a building whose dimensions have already been charted. What may be needed is a jolt to these assumptions and approaches, a compelling case for reconceiving the central issues. At its best quantitative analysis delves beneath the surface of the familiar, revealing unfamiliar patterns or connections. And in the unfamiliar may be the complexities, contradictions, and puzzles that suggest productive new directions for scholars of all methodological proclivities to explore."