Somin on Kelo and the Limits of Eminent Domain

New from the University of Chicago Press: The Grasping Hand: "Kelo v. City of New London" and the Limits of Eminent Domain, by Ilya Somin (George Mason University School of Law). A description from the Press:

In 2005, the Supreme Court ruled that the city of New London, Connecticut, could condemn fifteen residential properties in order to transfer them to a new private owner. Although the Fifth Amendment only permits the taking of private property for “public use,” the Court ruled that the transfer of condemned land to private parti
es for “economic development” is permitted by the Constitution—even if the government cannot prove that the expected development will ever actually happen. The Court’s decision in Kelo v. City of New London empowered the grasping hand of the state at the expense of the invisible hand of the market. 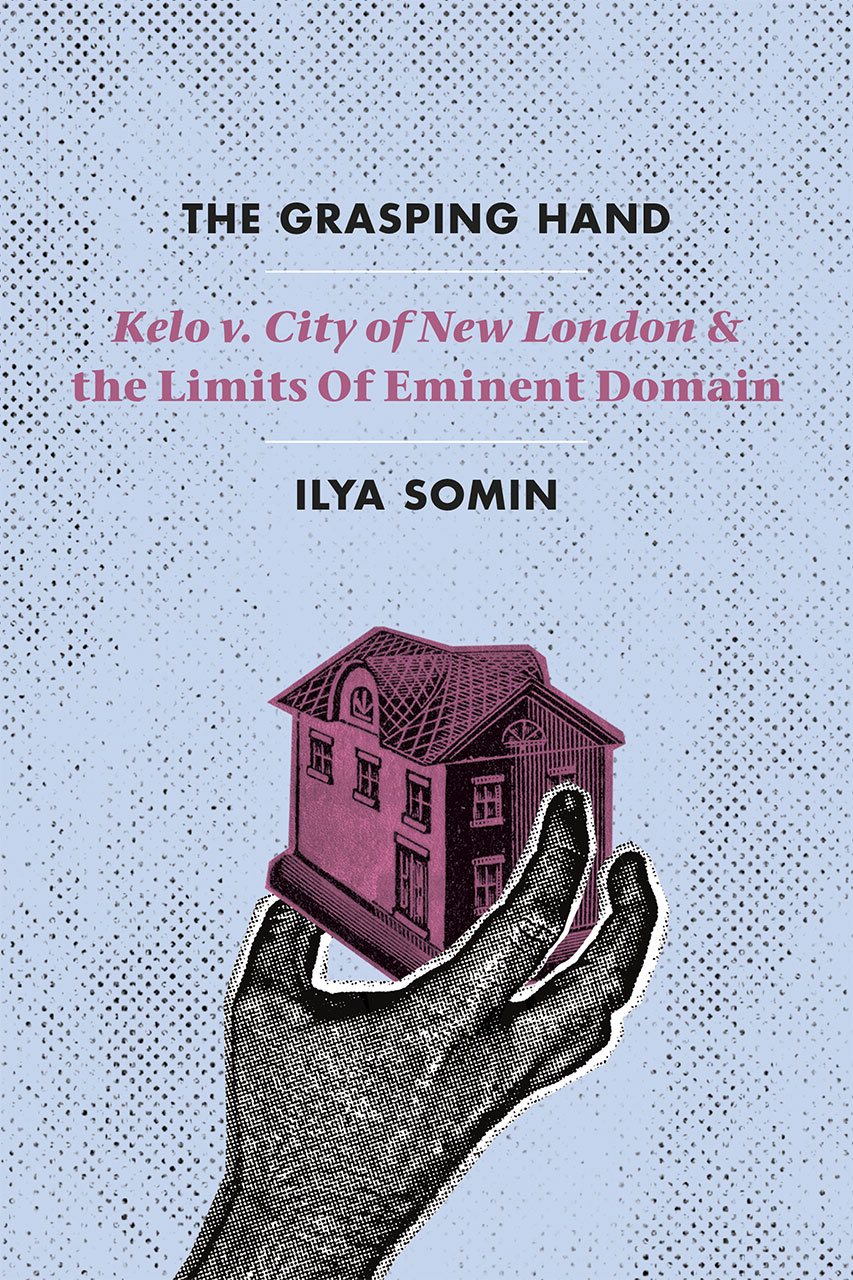 In this detailed study of one of the most controversial Supreme Court cases in modern times, Ilya Somin argues that Kelo was a grave error. Economic development and “blight” condemnations are unconstitutional under both originalist and most “living constitution” theories of legal interpretation. They also victimize the poor and the politically weak for the benefit of powerful interest groups and often destroy more economic value than they create. Kelo itself exemplifies these patterns. The residents targeted for condemnation lacked the influence needed to combat the formidable government and corporate interests arrayed against them. Moreover, the city’s poorly conceived development plan ultimately failed: the condemned land lies empty to this day, occupied only by feral cats. The Supreme Court’s unpopular ruling triggered an unprecedented political reaction, with forty-five states passing new laws intended to limit the use of eminent domain. But many of the new laws impose few or no genuine constraints on takings. The Kelo backlash led to significant progress, but not nearly as much as it may have seemed.

Despite its outcome, the closely divided 5-4 ruling shattered what many believed to be a consensus that virtually any condemnation qualifies as a public use under the Fifth Amendment. It also showed that there is widespread public opposition to eminent domain abuse. With controversy over takings sure to continue, The Grasping Hand offers the first book-length analysis of Kelo by a legal scholar, alongside a broader history of the dispute over public use and eminent domain and an evaluation of options for reform.

"Somin's thorough rebuttal of the constitutional reasoning and philosophical implications of the Supreme Court's Kelo decision demonstrates why that ruling was a constructive disaster: It was so dreadful it has provoked robust defenses of the role of private property in sustaining Americans' liberty." -- George F. Will

“The Grasping Hand is likely to be the definitive analysis of the Supreme Court’s controversial decision in the Kelo case. But Somin attends to much more than that. He sets out the political and doctrinal history that led up to Kelo and critiques the legislative and judicial developments provoked by the reaction to it. Somin has long been a champion of strong property rights. What he has to say will be of value to those who share that commitment and perhaps even more to those who don’t.” -- James E. Krier