Snyder, "The Power to Die: Slavery and Suicide in British North America"

New from the University of Chicago Press: The Power to Die: Slavery and Suicide in British North America (2015), by Terri L. Snyder (California State University at Fullerton). A description from the Press: 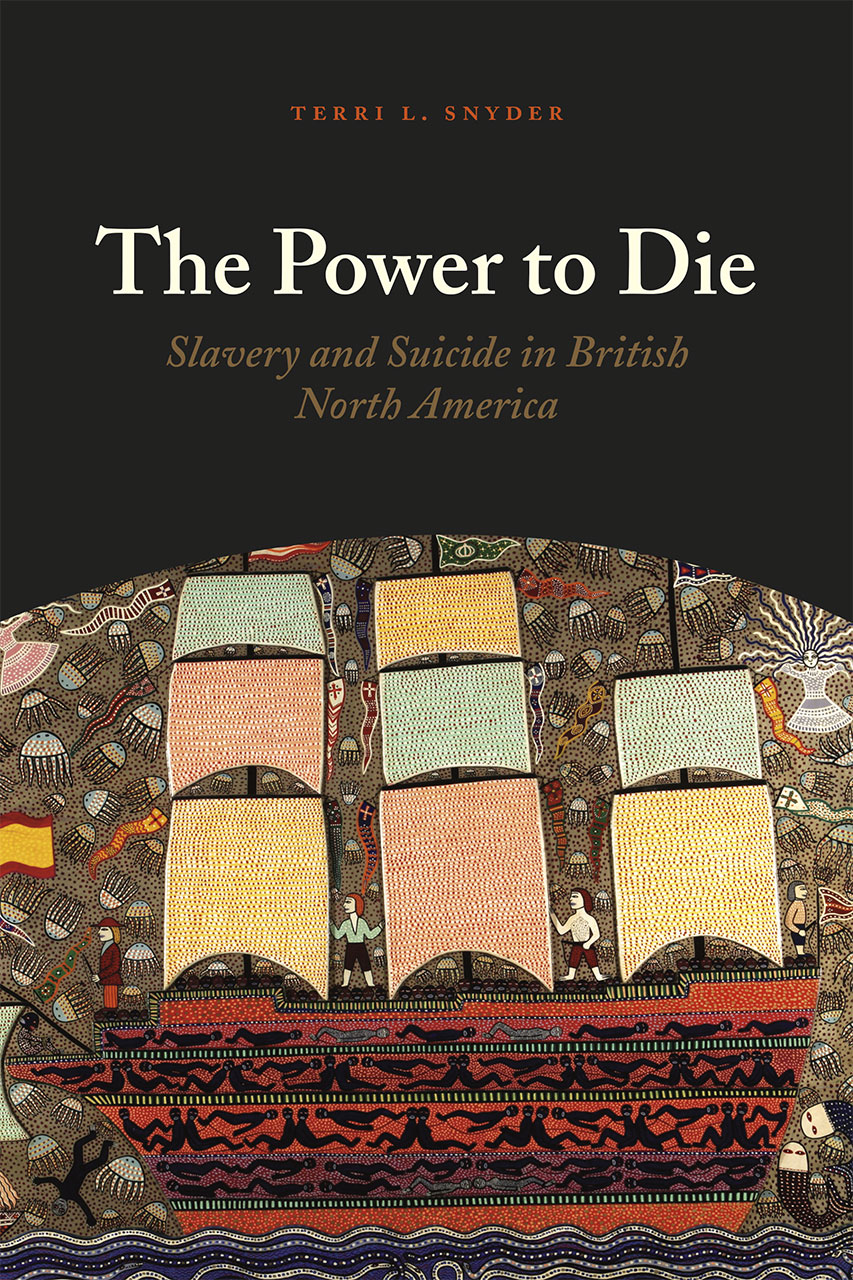 The history of slavery in early America is a history of suicide. On ships crossing the Atlantic, enslaved men and women refused to eat or leaped into the ocean. They strangled or hanged themselves. They tore open their own throats. In America, they jumped into rivers or out of windows, or even ran into burning buildings. Faced with the reality of enslavement, countless Africans chose death instead.

In The Power to Die, Terri L. Snyder excavates the history of slave suicide, returning it to its central place in early American history. How did people—traders, plantation owners, and, most importantly, enslaved men and women themselves—view and understand these deaths, and how did they affect understandings of the institution of slavery then and now? Snyder draws on ships’ logs, surgeons' journals, judicial and legislative records, newspaper accounts, abolitionist propaganda and slave narratives, and many other sources to build a grim picture of slavery’s toll and detail the ways in which suicide exposed the contradictions of slavery, serving as a powerful indictment that resonated throughout the Anglo-Atlantic world and continues to speak to historians today.


“Snyder attends to her subject with great intelligence, care, and sensitivity. Drawing together an impressive variety of sources, she probes the connection between the public interest in slavery and the forbidden private will of the enslaved. This excellent study of mortuary politics confirms that the power to die can be as historically consequential as the power to hold, punish, and kill.” -- Vincent Brown

“The Power to Die is an important, innovative, and exceedingly well-researched book. Snyder has done some breathtaking archival work and the sheer variety of sources is astounding— drawing on newspapers, antislavery propaganda, ship log books, plantation diaries, account books, and slave narratives, to name a few. This book will be of great interest to many different scholars, including those who work on slavery and early America, but also those eager to know more about law, gender, technology, and early American print culture.” -- Hilary J. Moss

More information is available here. For even more, check out the interview that Snyder did with The Junto, here.
Posted by Karen Tani at 12:30 AM