All in the Family by Robert O. Self

Farrar, Straus and Giroux announces the publication of All in the Family: The Realignment of American Democracy Since the 1960s by Robert Self (Brown--history).  The publisher's description of the book, which may be of interest to legal historians who study postwar law, politics and social relations, follows.

In the 1960s, Lyndon Johnson’s Great Society and War on Poverty promised an array of federal programs to assist working-class families. In the 1980s, Ronald Reagan declared the GOP the party of “family values” and promised to keep government out of Americans’ lives. Again and again, historians have sought to explain the nation’s profound political realignment from the 1960s to the 2000s, five decades that witnessed the fracturing of liberalism and the rise of the conservative right. The award-winning historian Robert O. Self is the first to argue that the separate threads of that realignment—from civil rights to women’s rights, from the antiwar movement to Nixon’s “silent majority,” from the abortion wars to gay marriage, from the welfare state to neoliberal economic policies—all ran through the politicized American  family.
Based on an astonishing range of sources, All in the Family rethinks an entire era. Self opens his narrative with the Great Society and its assumption of a white, patriotic, heterosexual man at the head of each family. Soon enough, civil rights activists, feminists, and gay rights activists, animated by broader visions of citizenship, began to fight for equal rights, protections, and opportunities. Led by Pauli Murray, Gloria Steinem, Harvey Milk, and Shirley Chisholm, among many others, they achieved lasting successes, including Roe v. Wade, antidiscrimination protections in the workplace, and a more inclusive idea of the American family.
Yet the establishment of new rights and the visibility of alternative families provoked, beginning in the 1970s, a furious conservative backlash. Politicians and activists on the right, most notably George Wallace, Phyllis Schlafly, Anita Bryant, and Jerry Falwell, built a political movement based on the perceived moral threat to the traditional family. Self writes that “family values” conservatives in fact “paved the way” for fiscal conservatives, who shared a belief in liberalism’s invasiveness but lacked a populist message. Reagan’s presidency united the two constituencies, which remain, even in these tumultuous times, the base of the Republican Party. All in the Family, an erudite, passionate, and persuasive explanation of our current political situation and how we arrived in it, will allow us to think anew about the last fifty years of American politics.

Here is commentary on All in the Family from early reviews. 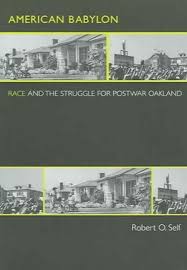 [A] powerful, well-researched account of how the efforts of marginalized groups to assert their rights as citizens ran up against the resistance of entrenched privilege, setting the stage for the polarization that grips US politics today . . . [Self] reminds us that our democracy is an imperfect thing, only as noble as the people who constitute it.”
—The Boston Globe

“All in the Family is meticulous, convincing, and engaging . . . Self has written a book that should become the authoritative social history of the U.S. since the 1960s.”
—Library Journal

“Most of the stories we have told about American politics in recent decades have tended to divide the world between social issues and economic issues . . . In his new book, All in the Family: The Realignment of American Democracy Since the 1960s, Robert O. Self . . . rewrites this story from its most basic assumptions . . . brilliant.”
—Mark Schmitt, The Washington Monthly

Self also is the author of the prize-winning book, American Babylon: Race and the Struggle for Postwar Oakland (2005).
Posted by Anonymous at 7:00 AM