Christian G. Fritz, a constitutional historian who teaches at the University of New Mexico School of Law and the author of American Sovereigns: The People and America’s Constitutional Tradition Before the Civil War (Cambridge University Press, 2007)  has put some of his backlist up on SSRN.

Interposition and the Heresy of Nullification: James Madison and the Exercise of Sovereign Constitutional Powers, First Principles: Foundational Concepts to Guide Politics and Policy 41 (February 2012): 1-17 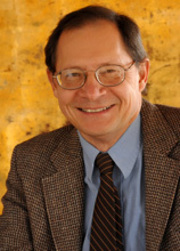 Political arguments frequently use history for justification. Invariably, however, such efforts are less about taking the past on its own terms than the desire to make symbolic historical references that resonate with modern audiences in order to achieve particular political objectives, whether liberal or conservative. American politics today provides a good example of this practice, particularly in the invocation of the doctrine of nullification and secession as legitimate constitutional options supposedly sanctioned in the thought of such Federal Framers as James Madison. This essay explains why Madison emphatically rejected the attempt by a single state to nullify national laws, while still entertaining the theoretical possibility of secession — though with a crucial caveat missing from today’s advocates. Perhaps most significant, this essay recovers the doctrine of interposition as a legitimate constitutional tool in the hands of an engaged and vigilant citizenry.

A Nineteenth Century 'Habeas Corpus Mill': The Chinese Before the Federal Courts in California,
American Journal of Legal History 32 (1988): 347.


In preventing the landing of Chinese ship passengers arriving in San Francisco in the late nineteenth century, federal officials triggered a series of challenges that would preoccupy California's federal courts for nearly a decade. This litigation produced overwhelming docket pressures, created an acrimonious breach within the Ninth Judicial Circuit, and brought the local federal judges under harsh public criticism for frustrating the demands of the anti-Chinese movement. Despite such pressures, San Francisco's federal judges sought to hear Chinese habeas corpus cases with judicial fairness and offered--for a time at least--protection from some of the most virulent opponents of the Chinese. A series of laws restricting Chinese immigration beginning in 1882, served as an immediate cause of disputes over the validity of detaining Chinese petitioners. Two Judges in particular, Ogden Hoffman of the Northern District of California, and Lorenzo Sawyer, the state's presiding circuit judge, played prominent roles in this habeas corpus litigation.


In this review essay of David A. Johnson's Founding the Far West: California, Oregon, and Nevada, 1840-1890 (1992), the author locates the book within an overwhelming tradition of studying the American constitutional tradition through the lens of the Federal Constitution in contrast to the comparative neglect of state constitutions. Johnson's work provides a notable departure from the traditional federal focus by examining the political and ideological context of the framing of state constitutions in three far western states. Johnson's achievement lies in his richly textured and nuanced reading of how the three states differed significantly from each other in terms of their political culture and societies, while placing the process of statehood and post-statehood developments within a broader context of western and national events.

More of Professor Fritz's publications are at his Selected Works page.
Posted by Dan Ernst at 11:00 AM