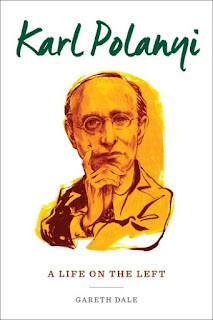 Whether you're in transit or staying in this weekend, there's an array of reviews to pique any legal historian's interest:

Mary Beard's Women & Power: A Manifesto  is reviewed in The Washington Post.  Also reviewed in the Post is The Gifted Generation: When Government Was Good by David Goldfield.

In The New York Review of Books is a review of Gareth Dale's new biography, Karl Polanyi: A Life on the Left.  Mike Wallace's Greater Gotham: A History of New York City from 1898 to 1919 is also reviewed in this issue.


The Economist joins a host of other publications in reviewing Yuri Slezkine's The House of Government: A Saga of the Russian Revolution,

Michelle McKinley's Fractional Freedoms: Slavery, Intimacy, and Legal Mobilization in Colonial Lima, 1600-1700 is reviewed at H-Net.  Also at H-Net are reviews of Joseph Ranney's Wisconsin and the Shaping of American Law and John A. Haymond's The Infamous Dakota War Trials of 1862: Revenge, Military Law and the Judgment of History (links here and here).

In The Nation is a review of Anne Applebaum's Red Famine: Stalin's War on Ukraine.

In The New Republic is a review of Mary Beard's lecture-cum-treatise Women & Power: A Manifesto.  Richard White's The Republic for Which It Stands: The United States during Reconstruction and the Gilded Age, 1865-1896 is also reviewed.  Loaded: A Disarming History of the Second Amendment by
Roxanne Dunbar-Ortiz is also reviewed.

In History Today is a review of William Ashworth's The Industrial Revolution: The State, Knowledge and Global Trade.

In the New Statesman is a review of Beneath Another Sky: A Global Journey Into History by Norman Davis.

There are several interviews at the New Books Network that legal historians may be interested in giving a listen to.  Samantha Lomb discusses her Stalin's Constitution: Soviet Participatory Politics and the Discussion of the 1936 Draft Constitution.  Ashley Farmer speaks about her Remaking Black Power: How Black Women Transformed an Era.  Scholars interested in disaster citizenship may be interested in the interview with Christopher Church about his Paradise Destroyed: Catastrophe and Citizenship in the French Caribbean. 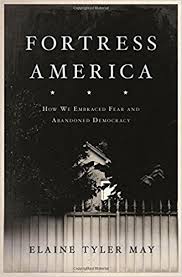 In the Los Angeles Review of Books is a review of Marked, Unmarked, Remembered: A Geography of American Memory, a joint endeavor by historian Alex Lichtenstein and photographer Andrew Lichtenstein.

On NPR's All Things Considered, Elaine Tyler May discusses her new Fortress America: How We Embraced Fear and Abandoned Democracy.  Also on NPR is a conversation with R. Marie Griffith about her Moral Combat: How Sex Divided American Christians and Fractured American Politics.

At Public Books is a review of Richard Rothstein's The Color of Law: A Forgotten History of How Our Government Segregated America.