It's the time of the year for best book lists (and one worst book list...).

FAMILY PROPERTIES: Race, Real Estate, and the Exploitation of Black Urban America, by Beryl Satter. A penetrating examination of financial discrimination. The most important book yet written on the black freedom struggle in the urban North. -- David J. Garrow

HALF THE SKY: Turning Oppression Into Opportunity for Women Worldwide, by Nicholas D. Kristof and Sheryl WuDunn. Opens our eyes to an enormous humanitarian issue and does so with exquisitely crafted prose and sensationally interesting material. This is one of the most important books I have ever reviewed. -- Carolyn See

POPS: A Life of Louis Armstrong, by Terry Teachout. An exceptional biography of, in Teachout's lovely phrase, "a major-key artist." -- Louis Bayard

STITCHES: A Memoir, by David Small. A shockingly candid illustrated memoir of one family's legacy of anger and repression and sadism. -- Michael Sims

A STRANGE EVENTFUL HISTORY: The Dramatic Lives of Ellen Terry, Henry Irving, and Their Remarkable Families, by Michael Holroyd. A completely delicious and wickedly entertaining biography of Ellen Terry and Henry Irving, the queen and king of 19th-century English theater. -- Michael Dirda

From the New York Times:

THE AGE OF WONDER: How the Romantic Generation Disco 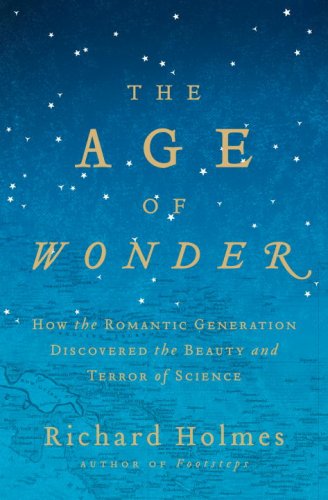 vered the Beauty and Terror of Science by Richard Holmes. Holmes harnesses the twin energies of scientific curiosity and poetic invention in this superb intellectual history, which recreates a glorious period, some 200 years ago, when figures like William Herschel, Humphry Davy and Joseph Banks brought “a new imaginative intensity and excitement to scientific work,” and literary giants like Coleridge and Keats responded giddily to these breakthroughs, finding in them an empirical basis for their own faith in human betterment.

THE GOOD SOLDIERS by David Finkel. Finkel, a Pulitzer Prize-­winning writer and editor at The Washington Post, gives full voice to his subjects, infantry soldiers from Fort Riley, Kan. (average age 19), posted in the lethal reaches of Baghdad at the height of the “surge.” Finkel’s own perspective emerges through spare descriptions — of a roadside bombing or the tortured memories of a single soldier — that capture the harrowing realities of war.

LIT: A Memoir by Mary Karr. This sequel to “The Liars’ Club” and “Cherry” is also a master class on the art of the memoir. Mordantly funny, free of both self-pity and sentimentality, Karr describes her attempts to untether herself from her troubled family in rural Texas, her development as a poet and writer, and her struggles to navigate marriage and young motherhood even as she descends into alcoholism.

LORDS OF FINANCE: The Bankers Who Broke the World by Liaquat Ahamed. The parallels with our own moment are impossible to miss in Ahamed’s narrative about four members of “the most exclusive club in the world,” central bankers who dominated global finance in the post-World War I era. Ahamed, a longtime investment manager, evokes in glittering detail a volatile time of financial bubbles followed by busts, all of it guided by players wedded to economic orthodoxy.

RAYMOND CARVER: A Writer’s Life by Carol Sklenicka. Ten years in the making, this prodigiously researched and meticulous biography sympathetically and adroitly integrates its subject’s work with the turbulent life ­— marred by alcoholism, financial turmoil and family discord — that brought it into ­being. ­Sklenicka shrewdly deconstructs Carver’s fraught relationship with Gordon Lish, the editor who played an outsize role in the creation of Carver’s stories, the most influential of a generation.

The Age of Wonder by Richard Holmes
D-Day by Antony Beevor
Lit by Mary Karr
Changing My Mind by Zadie Smith
The Lords of Finance by Liaquat Ahamed
Logicomix by Apostolos Doxiadis, Christos H. Papadimitriou, Alecos Papadatos and Annie Di Donna
Manhood for Amateurs by Michael Chabon
Strength In What Remains by Tracy Kidder
Cooking Dirty by Jason Sheehan
John Cheever: A Life by Blake Bailey

The Sunday Times (UK) has a list of best history books, including its history book of the year: Finest years: Churchill as Warlord 1940-45 by Max Hastings.

But over at The Guardian blog (UK), Sam Jordison complains about the "relentless positivity" of best book lists. It is "always unrealistic," he writes, "given the misery of mortality and the continuing stupidity of most of our species, but it seems especially wrong in the decade of Tony Blair, George Bush, September 11, global warming and global recession." It also "distorts the historical record. To remember only achievement and worth is to ignore the vast majority of our cultural experience."

On Jordison's list of worst books of the decade, he finds it "hard to avoid mentioning Dan Brown. The astonishing sales of The Da Vinci Code prove conclusively that 80 million people most certainly can be wrong." Continue reading, and get that bad book off your chest, here.
Posted by Mary L. Dudziak at 11:14 AM