Fichter on How the East Indies Trade Transformed Anglo-American Capitalism, summer reads, and more in the book pages Historians of colonial and early national America have, for the past decade or so, insisted that we broaden our horizons to encompass what they call an “Atlantic world.” After all, the colonies of British North America and then the United States took shape in an intense international environment of cross-cutting political, economic, and cultural currents. Oceanic trade, population movements (voluntary and involuntary), plantation agriculture, mercantile policies, spiritual practices, and revolutionary ideologies linked Europe, Africa, and the Americas, and regularly traversed the boundaries that various colonial powers attempted to impose. Admittedly, most of this scholarship has focused on the Anglo-American Atlantic, but it has pried inward-looking Americanists out of their parochialism, raised a host of challenging new perspectives, and on occasion delighted in its own self-satisfied cosmopolitanism.

James Fichter’s wonderful and important book suggests that the Atlanticists may be far less cosmopolitan than they presume. Fichter tells a story of war, empire, trade, smuggling, capital accumulation, and enormous transformations in political economy between the last decade of the eighteenth century and the third decade of the nineteenth. And the main actors would be familiar to anyone interested in the Atlantic world of the time: Britain, France, Spain, the Netherlands, and the United States. But in Fichter’s telling, their world is the Pacific and Indian Oceans; and if he is right, they may have played a far more significant role there than we have previously thought. Indeed, Fichter finds in the East India trade both the reconfiguring of British empire and an enormous stimulus to American economic development.

History titles make it into the LA Times summer reading list, including:

Books like EAT YOUR YARD: Edible Trees, Shrubs, Vines, Herbs and Flowers for Your Landscape by Nan K. Chase are feat 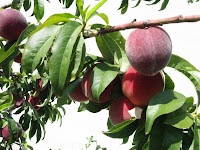 ured in a list of garden books in the NYT Summer Reading issue. (For westerners focused on low water gardens, you can still have an edible yard. I just harvested peaches(!) in my new California garden.)
Posted by Mary L. Dudziak at 4:47 AM

Those all look like some darn good books, especially Fitcher.