The Social-Obligation Norm of Property: Duguit, Hayem, and Others has just been posted by M. C. Mirow, Florida International University College of Law.  It appears in the Florida Journal of International Law (2010).  Here's the abstract: 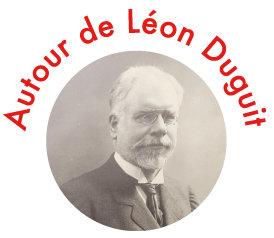 This article discusses and analyzes the sources and methods used by Leon Duguit in constructing the social-obligation or social-function norm of property as set out in an influential series of lectures in Buenos Aires published in 1912. The work of Henri Hayem has been underappreciated in the development of Duguit's ideas. Hayem should be restored as a central influence on Duguit's thought and as one of the main and earliest proponents of the idea of the social-function norm. The article also examines the influence of Charmont, Comte, Durkheim, Gide, Hauriou, Landry, and Saleilles in Duguit's thought on property and its social function.

Image credit.
Posted by Mary L. Dudziak at 9:01 AM