The Law & Politics Book Review has posted a review of Blake A. Watson, Buying American from the Indians: Johnson v. McIntosh and the History of Native Land Rights (University of Oklahoma Press, 2012). The book "succeeds in giving a new spin to the 1823 Supreme Court case," writes reviewer Susan E. Grogan (St. Mary’s College of Maryland). Here's a bit more: 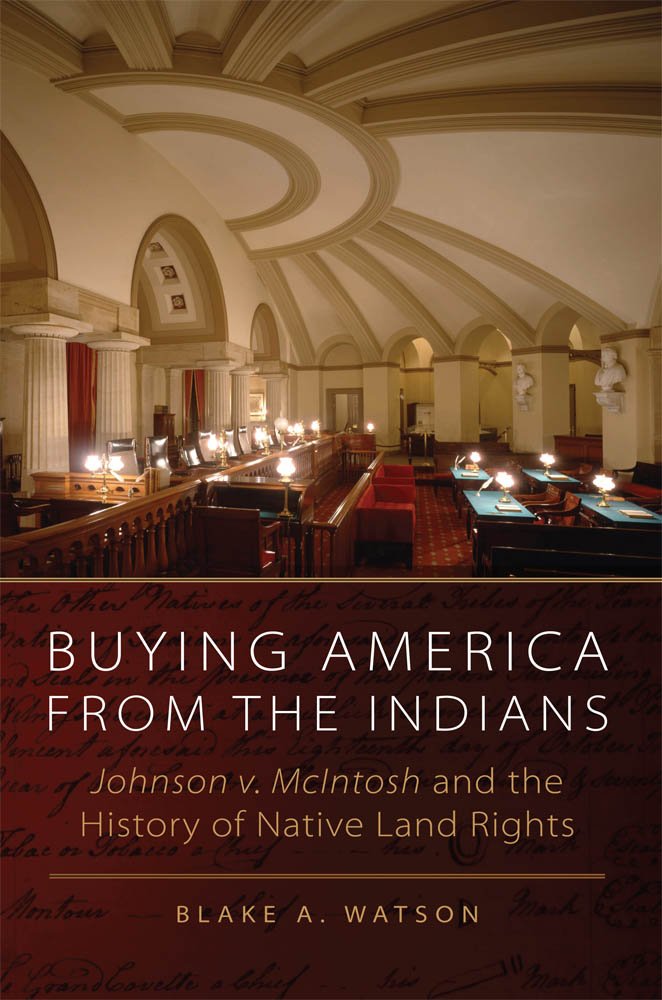 Scholars of indigenous peoples, even those well beyond the North American continent, are alert to Johnson v. McIntosh as clearly one of the “10 Worst Indian Law Cases Ever Decided,” to use Walter EchoHawk’s (2010) damning characterization. From this perspective, Chief Justice John Marshall’s opinion in Johnson is infamous for at least three reasons. First, it denies to native people legal title to their land, leaving them only a right of occupancy. Second, it vests the legal title to the lands in North America in the European crowns and their successor American governments, elevating the Doctrine of Discovery (that the lands of non-Christian peoples, “discovered” by a European adventurer, belong to his monarch and the successor governments) from a generally, but not universally, accepted understanding in international law to positive domestic law sanctioned by the High Court. Third, in justifying the Doctrine of Discovery, Marshall’s opinion permanently inscribes into the U.S. Reports a disparaging view of the native peoples of North America. They were, Marshall wrote, “fierce savages, whose occupation is war” (21 U.S, 543, 590).

By the end of the book, Watson makes it clear that he subscribes to the “Worst Indian Law Case” assessment and directly calls for Johnson’s repudiation (pp.351-58). How he gets there is what makes this book interesting. . . .

The full review is available here.
Posted by Karen Tani at 12:30 AM