New Release: Bruff on "How Presidents Interpret the Constitution"

New from the University of Chicago Press: Untrodden Ground: How Presidents Interpret the Constitution, by Harold H. Bruff (University of Colorado Law School). A description from the Press: 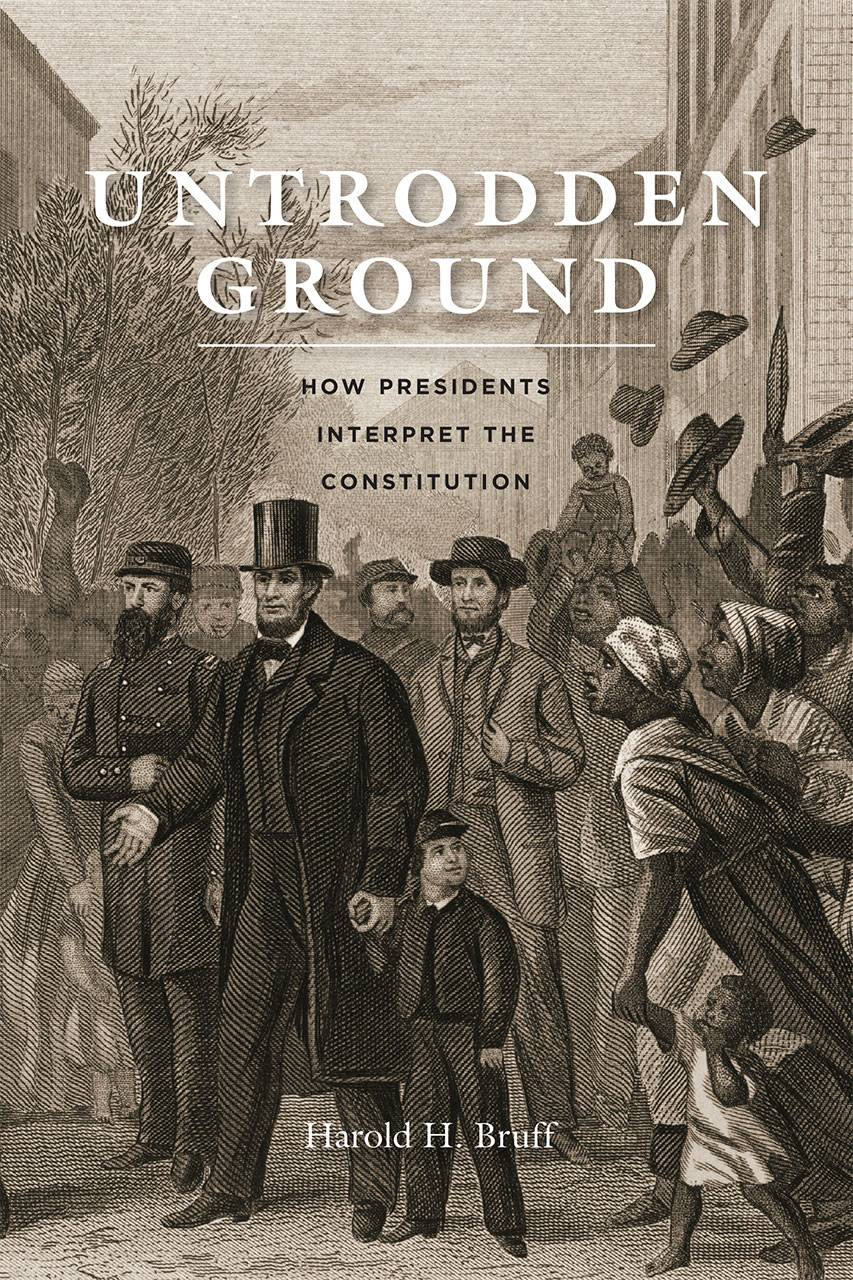 When Thomas Jefferson struck a deal for the Louisiana Purchase in 1803, he knew he was adding a new national power to those specified in the Constitution, but he also believed his actions were in the nation’s best interest. His successors would follow his example, setting their own constitutional precedents. Tracing the evolution and expansion of the president’s formal power, Untrodden Ground reveals the president to be the nation’s most important law interpreter and examines how our commanders-in-chief have shaped the law through their responses to important issues of their time.

Reviewing the processes taken by all forty-four presidents to form new legal precedents and the constitutional conventions that have developed as a result, Harold H. Bruff shows that the president is both more and less powerful than many suppose. He explores how presidents have been guided by both their predecessors’ and their own interpretations of constitutional text, as well as how they implement policies in ways that statutes do not clearly authorize or forbid. But while executive power has expanded far beyond its original conception, Bruff argues that the modern presidency is appropriately limited by the national political process—their actions are legitimized by the assent of Congress and the American people or rejected through debilitating public outcry, judicial invalidation, reactive legislation, or impeachment. Synthesizing over two hundred years of presidential activity and conflict, this timely book casts new light on executive behavior and the American constitutional system.

“Everyone knows that the Supreme Court interprets the Constitution. But in this magisterial book, Bruff shows that presidents have played the most important role in interpreting the Constitution over the course of the nation’s history—and have done so in a way that teaches us not just about the presidency but about the nature of the American Constitution itself. Bruff gives us an engaging account of how presidents from George Washington to Barack Obama have used the powers of their office, and anyone who is interested in the Constitution will learn from, and be challenged by, his original and subtle analysis of what our Presidents have done.”
-- David A. Strauss, University of Chicago Law School

"There is no better book for understanding how presidents interpret the Constitution than Untrodden Ground. No one knows the subject better than Bruff. His book is an instant classic, drawing on a lifetime of learning, invaluable experience, extraordinary research, and unique and profound insights. Everyone, including presidents and the people who work for them, can learn a great deal from this terrific book. Indeed, I would suggest, no one should work in the White House or executive branch—or seek to critique what they do—unless they have first read this book and taken its lessons to heart."
-- Michael Gerhardt, University of North Carolina School of Law