After a week off, we're back with plenty of book reviews for the long weekend.

From The New Rambler, there is a review of The Empire Trap: The Rise and Fall of U.S. Intervention to Protect American Property Overseas: 1893-2013 by Noel Maurer (Princeton University Press).

The Nature of Legislative Intent by Richard Ekins (Oxford University Press) is reviewed in The New Rambler as well.

The Nation has a review of Raymond Williams's Keywords: A Vocabulary of Culture and Society (Oxford University Press) and Franco Moretti's Distant Reading (Verso).

"Members of Williams’s generation believed that analyzing culture would bring about revolution. Much of their prose now sounds turgid, and many of their political hopes were either beaten into submission or inflated into a hyperbole that remains purely hypothetical. The New Left’s long revolution has ended up looking a lot like a retreat of left politics into the academy. This may be why Moretti and other distant readers have stepped back from making any greater claim for their data than that it offers valuable insights into literary history and forms for those of us already interested in literature. And yet, if we want there to be a T.S. Eliot or Raymond Williams or Franco Moretti to write about our current crisis in the future, academics will have to fight to preserve universities good enough to produce them today."

Also in The New York Review of Books is a review of Barney Frank's memoir, Frank: A Life in Politics from the Great Society to Same-Sex Marriage (Farrar, Straus and Giroux). 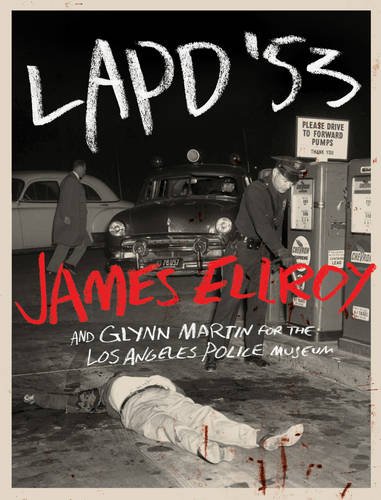 
"And yet, Ellroy himself never seems overly concerned with penetrating to the human heart of the crimes. It seems he would rather riff on them, using gallows humour that seeks to blur the line between then and now. He likens two corpses from 1953 to contemporary figures, Philip Seymour Hoffman and Barack Obama, seemingly without purpose or reason. Such ­literary stunts smack of NHI, one of the “old unwritten” codes of the LAPD that Jill Leovy mentions in her book, Ghettoside: “No Human Involved”."

On HNN there is a review of Godfrey Hodgson's JFK and LBJ: The Last Two Great Presidents (Yale University Press).

Richard Drake's The Education of an Anti-Imperialist: Robert M. LaFollette and U.S. Expansion (University of Wisconsin Press) is reviewed on HNN too.

Over on H-Net, there is a review of Generation Vet: Composition, Student Veterans, and the Post-9/11 University (Utah State University Press) edited by Sue Doe and Lisa Langstraat.

Also posted on H-Net is a review of Carolyn T. Adams's From the Outside In: Suburban Elites, Third-Sector Organizations, and the Reshaping of Philadelphia (Cornell University Press).

"From the Outside In is a compelling study of the network of special-purpose authorities, quasi-governmental bodies, and nonprofit corporations that have come to dominate land use policy within Greater Philadelphia and reshape the city of Philadelphia, often in the interests of suburban elites. Because these institutions are not explicitly profit seeking or part of the government, they are considered “Third Sector” organizations. Despite not technically belonging to the private or public sector, Third-Sector organizations like the Old Philadelphia Development Corporation (OPDC) and Philadelphia Industrial Development Corporation (PIDC) have wealthy businesspeople on their boards and receive government grants. While the book focuses on Philadelphia and the ring of suburbs that surround the city in both Pennsylvania and New Jersey, metropolitan regionalism and Third-Sector governance are emerging issues everywhere."

So too is a review of The Forgotten Presidents: Their Untold Constitutional Legacy (Oxford University Press) by Michael J. Gerhardt.

Salon has an excerpt from Reagan: The Life (Doubleday) by H.W. Brands, titled "Ronald Reagan's FDR side: What today's conservatives--and liberals--get wrong about the Gipper."

The Washington Post reviews Akhil Reed Amar's The Law of the Land: A Grand Tour of Our Constitutional Republic (Basic).

"In “The Law of the Land,” Yale Law School professor Akhil Reed Amar has done just that by examining a range of issues involving the Constitution and the Supreme Court through the lens of geographical differences.
“America’s Constitution looks slightly different in each of the cities, states and regions that make up this great land,” Amar declares. His approach is to examine a melange of cases, presidents, justices and eras, with a dozen states serving in some way as filters. The book builds on themes of his earlier work, especially his 2005 book, “America’s Constitution,” which noted ways in which the document expressly incorporated geopolitics into its text."

"What Inskeep shows us — through letters, first-rate historical research and able prose — is how the Cherokee (dispossessors and colonists of other neighboring tribes such as the Creek, Catawba and Tuscarora) fought for the United States and then, after their destinies were intertwined, ended up fighting against the government, in court and through lobbyists and by any other means except outright warfare. What emerges from the story of the two men is a bigger portrait of power and conflict in early America, which wasn’t simply a matter of white transgression and Indian resistance. Rather, Indians and whites were sometimes allies, sometimes not, sometimes united in cause, sometimes not. And the map of power wasn’t simply federal-vs.-tribal. There was a complex web of relationships among Indian tribes, the federal government and states (like Georgia) that wanted to dictate state sovereignty on their own terms."

There are many, many interviews from New Books: