Legal History in the JAH

The September 2010 issue of the Journal of American History, now available on-line in the (gated) History Cooperative website, is full of legal history (in the expansive Hurstian sense of the term). Here are the articles, authors and abstracts: 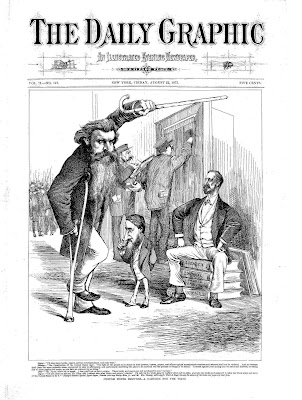 Dinah Nevil's prerevolutionary suit for legal freedom prompted the formation of the world's first antislavery organization. Kirsten Sword reconstructs the story of Nevil's case and the politically driven efforts of a group of propagandists to obscure it. Sword suggests how the legacy of these politically motivated strategic deceptions remains evident in contemporary historical debates about the origins of antislavery, as well as in the differing ways Britons and Americans teach and commemorate antislavery as a social movement.

Samuel Gridley Howe, the Black Population of Canada West, and the Racial Ideology of the "Blueprint for Radical Reconstruction" by Matthew Furrow:

Out of the Revolution, into the Mainstream: Employment Activism in the NOW Sears Campaign and the Growing Pains of Liberal Feminism by Katherine Turk:

Katherine Turk examines transformations in the structure, tactics, and objectives of the National Organization for Women (NOW). Her analysis of the NOW employment rights campaign against Sears, Roebuck, and Company, which was conceived and driven by the nascent Chicago chapter in the early 1970s and abandoned by a changing national organization several years later, reveals that as liberal feminism grew into a nationally consistent movement, early commitments to local improvisation and socioeconomic justice were lost.