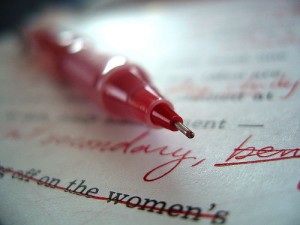 All along, I felt confident that when it was time to send in my final manuscript, I would be thoroughly sick of the whole enterprise. After all, I had been working on the project in one form or another for more than a decade.

I was wrong. To be sure, I would have been happy never to see another footnote or page proof. But the idea of letting go—of never being able to fix anything ever again—filled me with abject terror.

Before I could let go, there was much to be done. Most substantively, the book needed a beginning and an ending. I took a stab at the introduction during the penultimate round of revisions, but was not able to write something satisfactory until the eleventh hour. The conclusion took even longer. Weeks after my other chapters had gone off to the press, I was still perseverating. Two patient colleagues read multiple drafts, and pushed me to articulate my arguments and contributions with specificity and authority. I let go of it at the last possible moment.

Conventional wisdom about academic publishing suggests that about a year passes between the delivery of an author’s final manuscript to the press and the book’s publication. In my experience, this was almost true—depending on what “final” means. More on the nitty-gritty of the production process after the jump.


A manuscript may go to outside reviewers at various points in the process; mine was reviewed after the first round of post-dissertation revisions, in the fall of 2008. I received the readers’ reports in December 2008, and responded in January; the press’s editorial board approved publication in February. Originally, my final submission date was set for September 2009. But what with all of the revisions I wanted to do, a seven-month gestation period seemed wildly optimistic. Add to that the fact that I was expecting a baby in July, and postponement seemed inevitable. Luckily, my editor was wonderfully understanding. We pushed the deadline off to June 2010. When a new archive (Justice Potter Stewart’s papers at Yale) was scheduled to open upon Justice Stevens’s retirement at the end of the Supreme Court’s Term in late June/early July 2010, the deadline shifted to late summer. In the end, I submitted the “final” manuscript in mid-August of 2010.

A few weeks later, the production coordinator contacted me with a schedule. I would receive my chapters from the copy-editor in mid-October. Then I would have three weeks to review the copy-edited manuscript and submit changes. I sent the chapters back in early November, received page proofs in early December, returned them just before the holidays, and then received the indexed manuscript in early January. Toward the end of January, I had about three days to review the second round of proofs. And then it was time to let go.

Every stage of this process was more consuming than I expected. During the final months of substantive revisions, I was incredibly fortunate to have one semester of parental leave, followed by another semester of research leave. During the production process, in contrast, I was teaching two courses while juggling a toddler and a long commute. Unstinting support and help from my spouse, parents, child care provider, and incredibly generous colleagues and friends were indispensable; rising at 4am became routine.

Standardizing the formatting of footnotes alone required painstaking work, and that was with significant help from the copy editor. Indexing entailed many hours of thought and labor; although a professional indexer started the process, my experience was that it's virtually impossible for anyone but the author to determine exactly which terms should be included, and moreover, to identify each occurrence of each term. Proper names are fairly easy for a stranger to the manuscript to index. Legal terms and concepts, on the other hand, not so much.


For weeks after sending back the final page proofs, I would wake up in the middle of the night, my heart pounding, certain that I had forgotten to correct an error, or left an important person out of the acknowledgements. (This still happens, albeit less frequently.) Fortunately, I never tired of the book’s topic, or of the characters who populate its story. But for someone who has never run more than a mile at a time, the endgame felt like a marathon.


I'd love to hear about others' experiences with finishing a manuscript and seeing it through the production process.
Image credit
Posted by Serena Mayeri at 5:00 PM