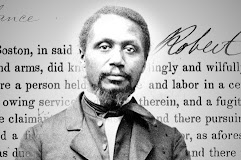 Morris was admitted to the Massachusetts bar in 1847. One year later, when he was around 23, Morris was hired by Benjamin Roberts to handle a school desegregation case on his daughter Sarah's behalf. Five-year-old Sarah had been kicked out of the all-White school closest to her home and forced to attend a segregated, underfunded school for students of color known as the Abiel Smith School on Beacon Hill. Morris filed a lawsuit aimed at desegregating Boston's public schools. After a loss before the trial court, Morris and future U.S. senator from Massachusetts Charles Sumner worked together on the appeal. Their arguments (which anticipated those made in Brown v. Board of Education) were unfortunately rejected by the SJC. However, continued activism by Morris and other community organizers led to the Massachusetts legislature enacting an 1855 statute that desegregated public schools.

He was known as "the Irish Lawyer" for his regular representation of Irish immigrants. Morris grew up Methodist but ultimately followed his wife Catharine in converting to Catholicism. Due to these interactions with Boston's Irish Catholic community, he had strong connections to Boston College, which was founded in 1863 and originally located downtown in Boston's South End. One source suggests that he gave a $20,000 donation to build the Church of the Immaculate Conception, the Jesuit church that was administratively intertwined with Boston College in its earliest days. Around the time of Morris's death in 1882, he or his wife Catharine donated many, if not all, of the books in his personal library to Boston College, forming the school's foundational collection in English and American Literature. The surviving books are now held by the Burns Library on main campus and were the subject of a 2017 exhibit in the Law Library's Daniel R. Coquillette Rare Book Room.