Sepinwall reviews Heuer, The Family and the Nation: Gender and Citizenship in Revolutionary France 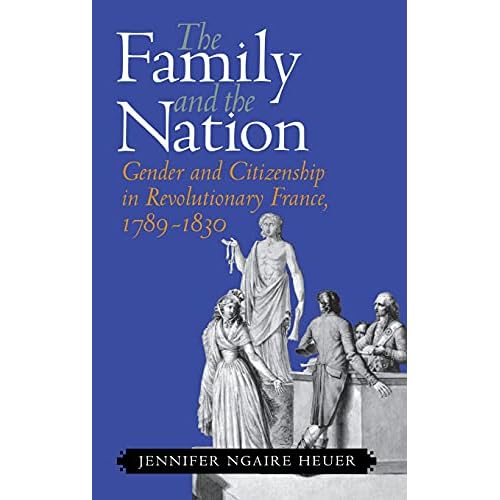 The Family and the Nation is a major contribution to scholarship on nationality and on gender and citizenship. It analyzes French policies on national citizenship from the Old Regime through the Restoration and demonstrates how unforeseen contradictions were built into the Napoleonic Civil Code, and thus into the law of the many countries influenced by it.
The book explores tensions between "the rights and duties associated with the personal status of 'French citizen' and those associated with men and women's legal position within the family" (2). Several aspects of it are innovative. First, the author notes that scholarship on nationality law often neglects gender, while that on gender and citizenship often focuses on issues of political rights. She argues that it is vital to look at family, gender, and nation together to see how "changes in each domain reinforced or challenged one another" (9). Furthermore, Heuer uses an extraordinary range of sources to understand both law and practice: not only legislation and parliamentary debates, but also police files, administrative reports, case law, and citizens' petitions. Using archives from both Paris and the frontier region of Alsace, she offers excellent reminders about the differences between legislation and its implementation, and between the expectations of framers and the real-world effects of their laws, especially in a time of chaos such as the French revolutionary wars. Heuer also highlights the human dimension to nationality law....
The book is likely to be of major interest not only to scholars of the French Revolution, but also to those who study nationality, gender, comparative legal history, and modern political theory.