This Week in the Book Reviews

This week's reviews have me thinking about book titles. Is it best to invite the reader in with a clever quote ("This Is Not the Ivy League"), or give it to them straight ("Potato")? At what point does the intriguing title risk mis-shelving in the YA fantasy section ("The Triumph of the Dark")? Ponder this and read on:

The New York Times takes up The Persistence of the Color Line: Racial Politics and the Obama Presidency (Pantheon Books), by Harvard law professor Randall Kennedy. According to the review:


[Kennedy] argues with considerable force that the candidate deliberately set out to blacken himself in the public mind — while taking care not to go too far — and would have lost the election had he not done so. He sees Obama’s courtship of black voters not as tertiary, but as the main event and as the perfect vantage from which to view the campaign and the presidency.

Listen to Kennedy discuss the book here, in the Book Review Podcast.

Also in the NYT, a review of This Is Not the Ivy League: A Memoir (University of Nebraska), by English Professor Mary Clearman Blew; an essay on a rediscovered "portal to Bohemia"; and more on Errol Morris's Believing is Seeing (we noted two reviews of the book last Sunday).

From the Los Angeles Times, I recommend critic David Ulin's meditation on his "pursuit of the great 9/11 book." He concludes that "'The 9/11 Commission Report' may be as close as we've yet come." In a separate article, Ulin picks five essential books about 9/11. 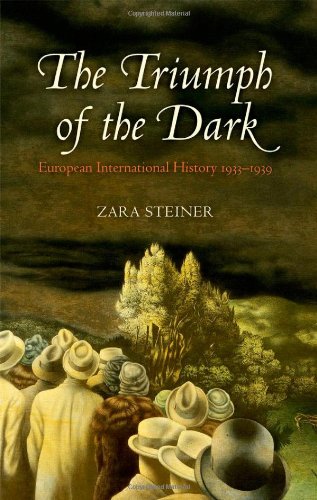 Like many recent history Ph.D.s, I spent my early weeks as a graduate student soaking up Richard J. Evans's In Defense of History (1999), so I enjoy reading his evaluations of historical scholarship.  This week in the New Republic, he reviews The Triumph of the Dark: European International History 1933-1939 (Oxford University Press), by Zara Steiner.  In his estimation, the book is well researched, well argued, and "brilliantly written, full of pungent judgments, arresting phrases and sarcastic asides."

In the past months, we've mentioned several reviews of Richard White's Railroaded. This week in the Nation, Robin Einhorn takes a turn. Here's a taste:


While White tells many horrifying and entertaining stories about corruption and incompetence, his overarching argument is primarily about the fundamental characteristics of capitalism and modernity. For White, “modernity” has nothing to do with bureaucratic rationality and efficiency. Rather, in the transcontinentals he sees a blundering form of corporate capital that reorganized everyone’s lives “but did so unevenly and chaotically" . . .  . Modernity was “a world dominated by large, inept, but powerful failures whose influence could not be avoided,” and it remains “as much a product of disaster as of success; both can bring the new into being.” 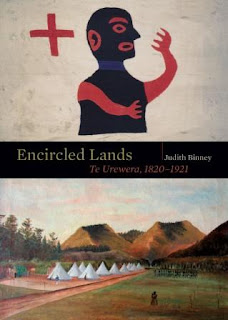 Also in the Nation: reviews of Mañana Forever? Mexico and the Mexicans (Knopf), by political scientist Jorge G. Castañeda (here); and 1861: The Civil War Awakening (Knopf), by Adam Goodheart (here) (subscribers only).

A new issue of the London Review of Books is out.  Enjoy open access to Ferdinand Mount's review of Supermac: The Life of Harold Macmillan (Pimlico), by D.R. Thorpe, and The Macmillan Diaries Vol. II: Prime Minister and After 1957-66 (Macmllan), edited by Peter Catterall.  Subscribers may read "Don't Marry a Christian," Amanda Vickery's review of Women in Eighteenth-Century Europe (Longman), by Margaret R. Hunt.  Also of interest: J.G.A. Pocock's review of two recent books by the late Judith Binney, the important historian of New Zealand.


This week the Washington Post covers What It Is Like to Go to War (Atlantic Monthly Press) by Vietnam veteran Karl Marlantes. It is "a from-the-gut psychological and philosophical meditation on what happens to human beings in combat and afterward."  The Post also spotlights 3 books about the city of Washington and reviews Showdown: JFK and the Integration of the Washington Redskins (Beacon), by Thomas Smith.

As usual, much of the book review content from the Wall Street Journal is for subscribers only, but the website shows reviews of Dick Cheney's autobiography (here); William Adler's biography of "labor-union troubadour Joe Hill" (here); and Benjamin Ginsberg's chronicle of the "rise of the all-administrative university" (The Fall of the Faculty) (here).