"What We Still Don't Know": This Week in the Book Reviews

Book review coverage is down this week, owing to the effort that many newspapers and magazines devoted to the ten-year anniversary of the September 11 terrorist attacks. (See, for example, the special New York Times section "The Reckoning.") There seem to be many thoughtful articles and essays out there, so please post comments if you find something that would be of particular interest to this readership.

One essay that jumped out at me was David Cole's "After September 11: What We Still Don't Know,"in the new issue of the New York Review of Books. Cole writes about the resilience of the "rule of law" and the importance of continued appeals to "rule of law" ideals. 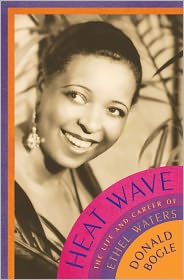 Also in the NYRB: Non-subscribers may read Peter Maass's review of four books on the Gulf Oil Disaster ("What Happened at the Macondo Well?") and Diane Ravitch's review of two books on school "reform" (scare quotes are hers). Subscribers get Darryl Pinckney's take on Manning Marable's Malcolm X ("The Two Conversions of Malcolm X"); Robert Gottlieb's review of a new biography of Ethel Waters ("The Mother of Us All"); and Eric J. Segall's conversation with Judge Richard Posner ("The Court").

The New York Times Sunday Book Review features That Used To Be Us: How America Fell Behind in the World It Invented and How We Can Come Back (Farrar, Straus and Giroux), by Thomas L. Friedman and Michael Mandelbaum. The review is here; the podcast interview, here; an excerpt, here.  Also making a comeback: Jane Fonda. She released a memoir not too long ago, and now comes a new biography. The review is here.

In the Los Angeles Times, you'll find a review of Grand Pursuit: The Story of Economic Genius (Simon and Schuster), by Sylvia Nasar. Nasar writes about the times and thought of Karl Marx, Joseph Schumpeter, Beatrice Potter Webb, Alfred Marshall, John Maynard Keynes, and others.

Last, a personal tale of hardening and thaw: week after week I see reviews of Hal Vaughan's book on Coco Chanel's collaboration with the Nazis, and week after week I don't tell you about them. I think it's the title: "Sleeping with the Enemy." I find it gauche (and it reminds me of the 1990s Julia Roberts thriller of the same name). After seeing the book once again featured on a prominent review page (the New Republic), I feel compelled to mention it. If this topic piques your interest, I give you "The Stench of Perfume."