Battles over the Constitution and over Radical History, in the book pages

Keeping Faith with the Constitution, by Goodwin Liu, Pamela S. Karlan, and Christopher H. Schroeder, and The Living Constitution by David Strauss were reviewed by Adriene Vermeule for The Book (New Republic). He writes: 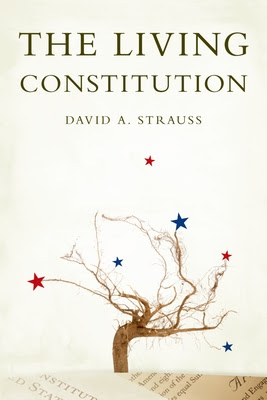 A debate is on at The Book over John Summer’s review of The Admirable Radical: Staughton Lynd and Cold War Dissent, 1945-1970

The essay was couched as a review, but reads instead like a broadside against my subject, with little reference to the specific arguments raised in the biography. Summers accuses Lynd of refusing to "acknowledge the many-sidedness of history" in part because my subject "knows most of the answers in advance." Summers's "review" suffers precisely from his conscious distortion of the record to arrive at this own predetermined conclusions. In other words, Summers "knows most of the answers in advance," which prohibits him from examining the nuances of Lynd's scholarship and how it was dealt with in my biography.

Lynd defends himself and explains the relationship between his activism and his historical work.

And Summers responds.
Posted by Mary L. Dudziak at 11:18 AM