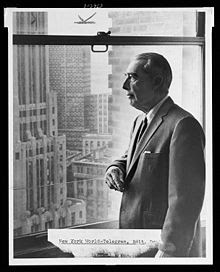 Tracking Berle’s Footsteps: The Trail of The Modern Corporation’s Last Chapter has just been posted by William W. Bratton and Michael L. Wachter. It appears in the Seattle University Law Review (2010). Here's the abstract:


The Modern Corporation and Private Property’s most famous passage is its last chapter, entitled “The New Concept of the Corporation.” There the shareholder interest, painstakingly protected in most of the book, is trumped by the public interest. This Article reconsiders the last chapter, tracking its later footsteps. The Article first rereads the chapter, separating the message it sent to actors on the political stage in 1932 from a more general message it continues to send today. In the context of 1932 it endorsed corporatist theories and looked to immediate redeployment of corporate power and resources toward social welfare enhancement in a future corporatist state. Today the chapter tells us that corporations, and, by implication, corporate law, come to the wider political economy for instructions respecting the public interest, instructions that will vary across different contexts and times. Public duties can follow for corporate actors, but the initial onus lies squarely on the public and the state to articulate their demands clearly. The chapter, thus read, states no hard-wired, intrinsic connection between corporate power and any particular program of public responsibility. The Article goes on to follow the last chapter’s footsteps in later history. Post-war Berle modified the chapter’s vision to suit an altered political economy in which corporatism had failed and had been replaced by the regulatory state. There Berle situated corporate power in a state that contained it successfully, making it advantageous for managers to attend to public demands. Despite the change of time and context, managers retained their status as quasi-public servants in a system that required them to attend to public goals.

Finally, the Article looks at the world post Berle, where the regulatory state retreats and market-based controls advance, superannuating Berle’s political economy. Traces of the last chapter can be found in two distinct locations on this deregulatory landscape. The first is in the employment relationship. There the corporation, as the primary employer of workers, becomes the primary supplier of employee welfare provisions preferred by the state, the two leading examples being corporate offerings of health care insurance and retirement security through private pension plans. At the second location lie new patterns of government-mandated cooperation with societal goals. These new demands devolve on legal compliance. In some cases, as with the Foreign Corrupt Practices Act and the Sarbanes-Oxley Act, the goal is elimination of corporate corruption. In others, as with the anti-money laundering provisions in the Bank Secrecy Act, the corporation serves as the first layer of enforcement against corrupt practices by others. Berle could not have envisioned these developments - the footsteps have veered off onto a new trail. But the track is continuous - today’s corporate compliance regime embodies the last chapter’s precepts.