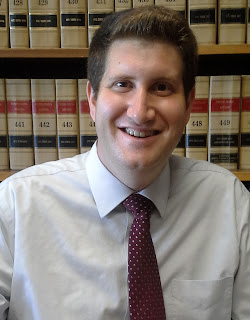 Greg's major work-in-progress is his dissertation, titled "Before Domestic Dependent Nations: Natives and Law in Early America," but he has a few other projects as well. His article "Making Indians 'White': The Judicial Abolition of Native Slavery in Revolutionary Virginia and its Racial Legacy" recently appeared in the University of Pennsylvania Law Review. The piece "traces the history of a series of freedom suits brought by Virginia slaves between 1772 and 1806, in which the Supreme Court of Appeals of Virginia judicially abolished nearly two centuries of American Indian slavery in the colony by ruling that slaves who could prove maternal descent from Native Americans were prima facie free."

He is also collaborating with Stephen Burbank (University of Pennsylvania) and S. Jay Plager (U.S. Court of Appeals for the Federal Circuit) on an article titled "Leaving the Bench, 1970-2009: The Choices Federal Judges Make, What Influences Those Choices, and Their Consequences," which is forthcoming in the University of Pennsylvania Law Review. The article "explores the decisions that, over four decades, lower federal court judges have made when considering leaving the bench, the influences on those decisions, and their potential consequences for the federal judiciary and society."

Starting in the fall, Greg will be in residence at the University of Pennsylvania Law School as the George Sharswood Fellow in Law and History. Last but not least, Greg serves as the graduate student representative for the American Society of Legal History.