The Illustrious Alumni of Albany Law

Tomorrow, from 5:30 - 7:30 PM, Albany Law School will be hosting a panel on Illustrious Alumni, with a reception to follow (and CLE credit available): 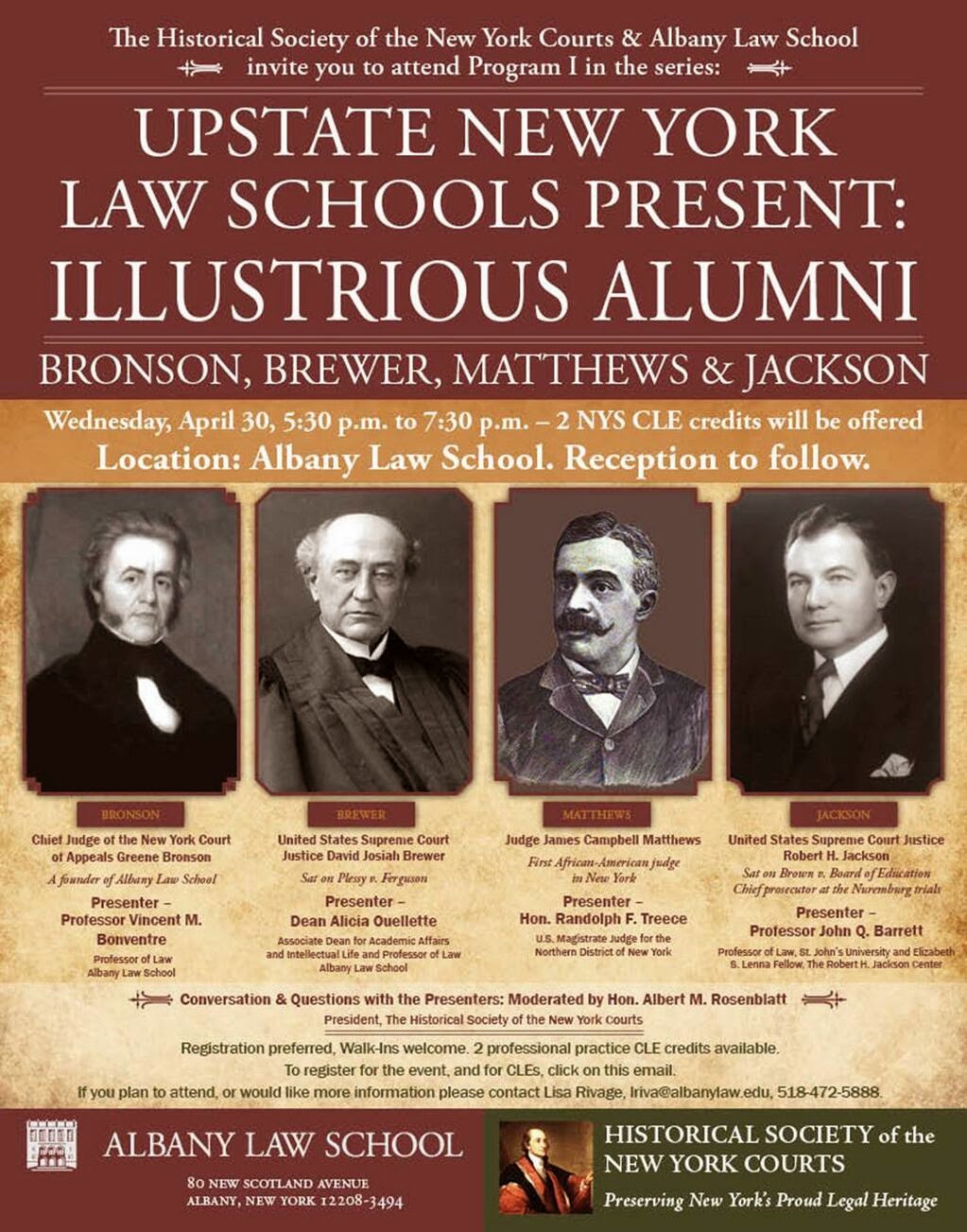 This program, created with our Trustee, Penelope Andrews, Dean of Albany Law School, is the inaugural program in a new series on the contributions of Upstate New York law schools to our legal history. The series will highlight the contributions of alumni in events hosted at the various campuses.