Taisu Zhang, Yale Law School, has posted The Development of Comparative Law in Modern China, which is forthcoming in the second edition of the Oxford Handbook of Comparative Law, edited by Mathias Reimann and Reinhard Zimmermann 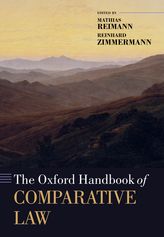 The development of comparative law in modern China is essentially the development of law itself. In the late 19th Century, China embarked on a century-long journey to “modernize” its legal system in the image of foreign, and primarily Western, law. Nearly all major legal actions in modern Chinese history, whether Qing, Republican, or Communist, involved, therefore, either the direct transplanting of foreign legal institutions onto Chinese soil, or at least some comparison between foreign and domestic institutions, and perhaps an attempt to merge them. Contemporary Chinese lawmaking has attempted to wean itself of this systemic reliance on foreign legal sources, but the process has been uneven, to say the least. In this sense, one cannot speak intelligibly of almost any facet of Chinese legal development without touching upon comparative law in a substantive way. The modern history of Chinese law is one long exercise in legal comparison and adoption.

One can speak, of course, of “comparative law” in a much narrower sense: the development of a specific academic discipline dedicated to the systemic and objective comparison of legal systems. There is indeed a separate history of Chinese “comparative law” (bijiao fa) as a distinct academic field, going back to at least the early 20th Century, but it is, for the most part, a history of marginalization. Despite the enormously influential influx and reception of foreign law and legal theory, comparative law per se has remained outside of both the legal and the academic mainstream, mired in a state of theoretical and empirical underdevelopment.

This chapter traces these dual tracks of historical development from the late Qing dynasty to the present day, and argues that the prominence of the former paradoxically explains the marginalization of the latter. It is precisely because the reception of foreign law has occupied such a central position in modern Chinese politics that legal scholars and lawyers have had such little interest in serious comparative legal scholarship. The enormous institutional and socioeconomic significance attached to legal transplantation and reception gave the study of foreign law a political and often ideological urgency that one rarely, if ever, observes in more mature legal systems. This meant that the kind of detached and patient analytical methodology that comparative law as an academic discipline necessarily demands of its practitioners was highly unattractive to most scholars and lawyers. Instead, driven by both ideological commitment and personal career incentives, they rushed to copy and transplant foreign institutions. Comparative law as an academic discipline is, perhaps, doomed to some degree of marginalization in any country, but it is especially doomed when its primary audience—scholars and lawyers who are interested in foreign legal systems—have powerful incentives, both intellectual and material, to reject its core methodological commitments. In the Chinese case, a century of ideological self-orientalization meant that nearly all legal scholars and lawyers had some interest in foreign law, but also that this interest was shepherded into political and ideological camps that had little tolerance for truly comparative analysis.