We missed this one when New York University Press released it last July: Presumed Criminal
Black Youth and the Justice System in Postwar New York, by Carl Suddler (Emory University). A description from the Press: 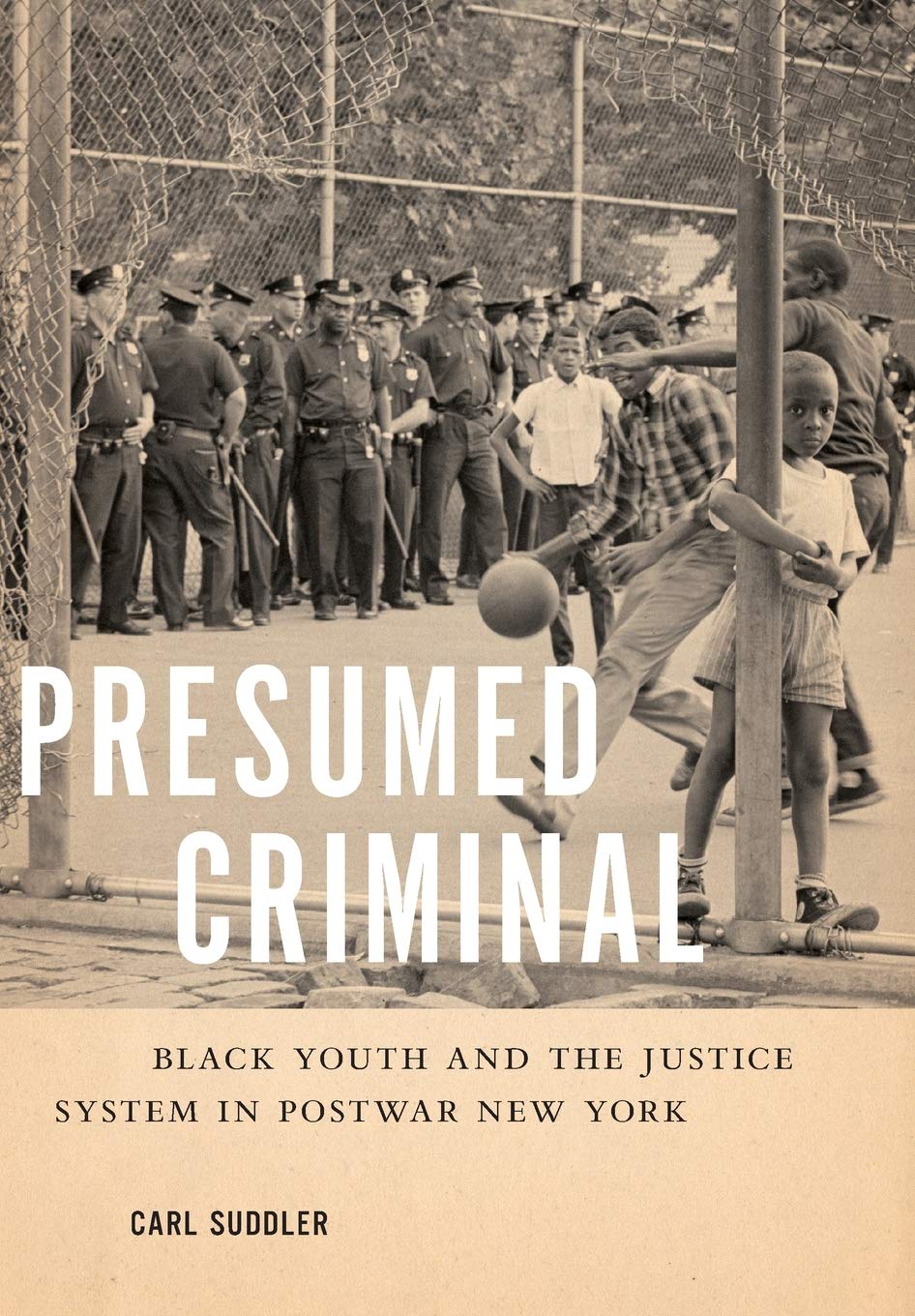 A stark disparity exists between black and white youth experiences in the justice system today. Black youths are perceived to be older and less innocent than their white peers. When it comes to incarceration, race trumps class, and even as black youths articulate their own experiences with carceral authorities, many Americans remain surprised by the inequalities they continue to endure. In this revealing book, Carl Suddler brings to light a much longer history of the policies and strategies that tethered the lives of black youths to the justice system indefinitely.

The criminalization of black youth is inseparable from its racialized origins. In the mid-twentieth century, the United States justice system began to focus on punishment, rather than rehabilitation. By the time the federal government began to address the issue of juvenile delinquency, the juvenile justice system shifted its priorities from saving delinquent youth to purely controlling crime, and black teens bore the brunt of the transition.

In New York City, increased state surveillance of predominantly black communities compounded arrest rates during the post–World War II period, providing justification for tough-on-crime policies. Questionable police practices, like stop-and-frisk, combined with media sensationalism, cemented the belief that black youth were the primary cause for concern. Even before the War on Crime, the stakes were clear: race would continue to be the crucial determinant in American notions of crime and delinquency, and black youths condemned with a stigma of criminality would continue to confront the overwhelming power of the state.


"A timely and critically important origins story of how black youth became over-policed and under-protected in one of the most liberal cities in America. They were victims of institutional racism and an increasingly hostile police force that refused to protect their right to protest and organize for racial justice. Young people’s bitter awakening to racial consciousness at the end of a police baton is, as Carl Suddler skillfully shows, the starting point for understanding why stop-and-frisk first made its debut in New York City over a half-century ago." ~ Khalil Gibran Muhammad

"In this powerful, timely, and deeply unsettling recovery of America’s criminal justice past, Suddler shines vital new light on the present. By brilliantly revealing the nation’s postwar effort to deal with troubled young people more humanely, this book forces us to face the extent to which the presumption of black criminality utterly undermined that effort and thereafter ensured that black boys and girls would forever be ensnared in a fundamentally unjust juvenile justice system." ~ Heather Ann Thompson