Politics, Presidents and their Wars, and More: This Week in the Book Pages 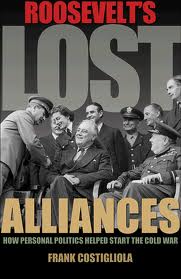 
According to Frank Costigliola’s meticulous book, the U.S.-Soviet relationship fell apart primarily because Roosevelt was no longer around to keep it together. Like those admirers of John F. Kennedy who contend that the world would have been spared the worst of the Vietnam War had he not been shot, Costigliola argues that the Cold War could have been avoided had Roosevelt not suffered a fatal stroke early in his fourth term. “Especially because of Stalin’s suspicious, touchy nature,” he writes, “safe passage to peacetime collaboration required a U.S. leader with the emotional intelligence, elasticity, charm, and confidence of a Franklin Roosevelt rather than the personality of a Harry Truman.”

For more on presidents and war: the Wall Street Journal has a review of Amy S. Greenberg's A Wicked War (Knopf) on President Polk and the War with Mexico, and, in the Washington Post,  Eric Foner reviews The Man Who Saved the Union: Ulysses Grant in War and Peace (Doubleday) by H.W. Brands.  According to Foner:


Brands is essentially a storyteller, and a good one. His prose is lucid and colorful. He evokes the atmosphere of Grant’s era by filling the book with lengthy excerpts from primary sources — letters, first-person observations and recollections. What Brands does not do, however, is present new interpretive insights on questions that have engaged generations of historians: the “modernity” of the Civil War, the centrality of emancipation to the war’s outcome, the reasons for the failure of Reconstruction. 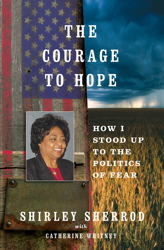 And for more on politics, in the LA Times, David Ulin reviews Alan Ryan's On Politics (Liveright).  And over at the Washington Post Jeff Greenfield reviews Sasha Issenberg's The Victory Lab: The Secret Science of Winning Campaigns (Crown), and Kevin Boyle reviews Shirley Sherrod's memoir The Courage to Hope: How I Stood up to the Politics of Fear (Atria).  Here's the start:

In the summer of 2009, the U. S. Department of Agriculture named Shirley Sherrod its director of rural development for the state of Georgia. It was a routine appointment, one of thousands the Obama administration made that year, except for two things. Never before had an African American held the position. And Sherrod had spent 40 years working on behalf of Georgia’s rural poor, sometimes in opposition to the very programs she would be running. That made her selection an audacious act, a sign — small as it was — of change.

Also of interest this week: In the Wall Street Journal George Ayittey reviews Wle Soyinka's Of Africa (Yale) and Chinua Achebe's There Was a Country (Penguin).  Both books are also reviewed in the New York Times this week (here and here).
Posted by Clara Altman at 5:00 AM