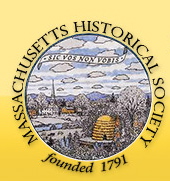 The Boston Area Early American History Seminar provides a forum for local scholars as well as members of the general public to discuss all aspects of North American history and culture from the first English colonization to the Civil War. Six to eight sessions take place annually during the academic year. Programs are not confined to Massachusetts topics, and most focus on works in progress.

Seminar meetings revolve around the discussion of a precirculated paper. Sessions open with remarks from the essayist and an assigned commentator, after which the discussion is opened to the floor. After each session, the Society serves a light buffet supper.