Congratulations to former LHB Guest Blogger Ajay Mehrotra, Indiana University Maurer School of Law, for being named the recipient of the Society of U.S. Intellectual History’s book award for 2014 for Making the Modern American Fiscal State (Cambridge University Press, 2013). Here is the citation, from the Society’s website: 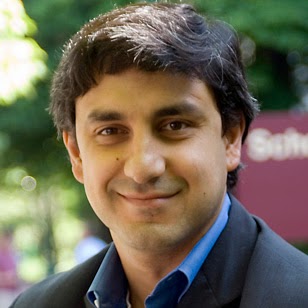 Mehrotra’s important and ambitious book chronicles the early 20th-century transformation in American tax policy and public finance. It analyzes the shift from the nineteenth-century “regime of indirect, hidden, partisan, and regressive taxes” to the “direct, transparent, professionally administered, and progressive tax system” we know today. A book on taxation may well seem a curious choice for an intellectual history prize, but we were struck by how successfully Mehrotra weaves together the intellectual, legal, administrative threads of his argument. Mehrotra takes ideas seriously. He traces legal and administrative change to a prior “conceptual revolution,” wrought primarily by a cohort of professionally trained intellectuals, including Henry Carter Adams, Richard Ely, and Edwin R.A. Seligman. And he shows how notions of economic justice, political obligation, ethical duty, and democratic reciprocity underwrote the new progressive conception of what Mehrotra aptly labels “fiscal citizenship.” He also shows what happened to those ideas as they traveled through a contested political process and were embodied in a complex administrative apparatus with paradoxical and often unintended consequences. Mehrotra’s book is thus a history of ideas in action. It makes a signal contribution to the field by demonstrating how even the most seemingly mundane features of our world have strikingly rich intellectual histories.