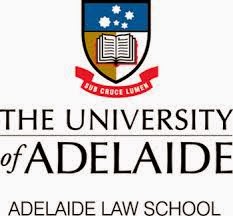 The conference theme is “Legal Reform and Innovation.”  Although a majority of ANZLHS conference papers focus on Australian and New Zealand legal history, we welcome contributions without regard to period or place covered.

The 2015 conference will also incorporate a third (and positively final) Adelaide Blackstone symposium. Following “William Blackstone: Life, Thought, Influence”(2007) and “Re-interpreting Blackstone’s Commentaries” (2012), the 2015 symposium will discuss “Blackstone and his Critics.” On Wednesday 9 December, it is anticipated that there will be a Workshop for Early Career Researchers and Higher Degree by Research students.

Proposals of papers and panels are now invited. All proposals, whether for individual papers or panels (typically consisting of three speakers, a chair and/or commentator) should include contact details, a brief biographical note, the title(s) of paper(s) and an outline of each paper (250 words maximum). Proposals should indicate whether they are to be considered for the conference/symposium or the ECR/HDR workshop.   [Paper or panel proposals are due to anzlhs2015@adelaide.edu.au no later than March 31, 2015.]

Hat tip: Michael Widener
Posted by Dan Ernst at 11:00 AM