Christopher Tomlins, University of California, Berkeley, Jurisprudence and Social Policy Program, has posted 'Those Who are Used': A Commentary on the Employee: A Political History, by Jean-Christian Vinel, which is forthcoming in Labor History.  Here is the abstract: 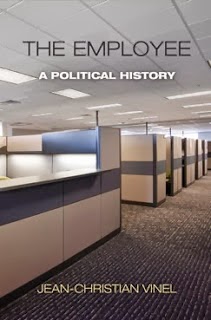 This paper is a critical commentary on Jean-Christian Vinel’s 2013 book, The Employee: A Political History. In substance, Vinel’s book addresses the history and consequences of the failure of American unions to organize supervisory employees. However, as befits a book published in a series created “to reverse the fragmentation of modern U.S. history and to encourage synthetic perspectives on social movements and the state,” it ranges rather more broadly. Thus, the book is a legal and political history of a word (“employee”). It also attempts an intellectual history of American industrial relations theory, and of the course of labor relations law from the New Deal into the twenty-first century. It is also a brave effort to synthesize the distinct “critical” and “industrial realist” strains of labor relations history that spent the better part of the 1980s and 1990s, amid the unfolding, never-ending, crisis of American trade unionism, arguing over how to interpret the legacy of the New Deal’s collective bargaining policy. And it is an effort at a critique of both those positions (although Vinel’s sympathies are ultimately with the realists.) Finally, while indubitably an American history, The Employee is intermittently comparative. This commentary assesses sympathetically Vinel’s efforts, but parts company from his conclusions.