Edward Balleisen's Fraud: An American History From Barnum to Madoff is reviewed in The Atlantic.

The Guardian carries a review of David Grann's Killers of the Flower Moon: The Osage Murders and the Birth of the FBI.  Also at The Guardian is a review of Rulers, Religion and Riches: Why the West Got Rich and the Middle East Did Not by Jared Rubin. 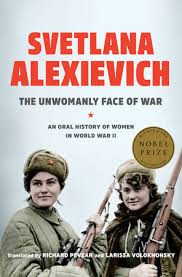 A number of outlets have reviewed Svetlana Alexievich's The Unwomanly Face of War: An Oral History of Women in World War II.  Reviews can be viewed at the The New York Times, the New Statesman, and The Washington Post.

Also in The Washington Post is a review of Paul Butler's Chokehold: Policing Black Men. Additionally, Eric Kurlander's Hitler’s Monsters: A Supernatural History of the Third Reich is also reviewed in the publication.

In The New York Review of Books, Annette Gordon-Reed reviews Geoffrey Stone's Sex and the Constitution: Sex, Religion, and Law from America's Origins to the Twenty-First Century.

At H-Net is a review of Karlos Hill's Beyond the Rope: The Impact of Lynching on Black Culture and Memory.

There are plenty of new interviews up at at the New Books Network.  Eric Ask speaks about his The Draining of the Fens: Projectors, Popular Politics, and State Building in Early Modern England. Also interviewed is Bradley Camp Davis about his Imperial Bandits: Outlaws and Rebels in the China-Vietnam Borderlands.  Finally, Naoke Wake answers questions about her Private Practices: Harry Stack Sullivan, the Science of Homosexuality, and American Liberalism.

At the New Republic is a review of Chin Jou's Supersizing Urban America: How Inner Cities Got Fast Food With Government Help. 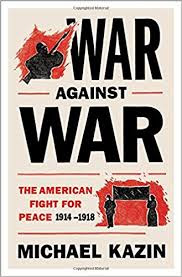 HNN carries a review of Nancy MacLean's much discussed Democracy in Chains: The Deep History of the Radical Right's Stealth Plan for America.

The Los Angeles Review of Books includes a review of Michael Kazin's War Against War: The American Fight for Peace, 1914-1918..

At Public Books Anne Trubek's The History and Uncertain Future of Handwriting is reviewed.

Finally, at The American Prospect Richard Rothstein's The Color of Law: The Forgotten Story of How Our Government Segregated America is reviewed.
Posted by Brooke at 11:34 AM