How should you entertain yourself this summer weekend?  Well I don't know . . . this blog can only provide so much!  But you're welcome to read these book reviews.

In Black Detroit: A People’s History of Self-Determination, now reviewed in the Washington Post, Herb Boyd “surveys the sights and sounds, personalities and events that defined Detroit as it rose to become the hub and pulse of black working-class life and later devolved to a struggling post-industrial ghost town.”

In the NYRB, Michael Greenberg’s Tenants Under Siege: Inside New York City’s Housing Crisis addresses Richard Rothstein’s “revelatory” The Color of Law: A Forgotten History of How Our Government Segregated America. “We speak nowadays with contrition of redlining," he says. "We may soon look with equal shame on what might come to be known as bluelining: the transfiguration of those same neighborhoods with a deluge of investment aimed at a wealthier class.”

Also in the NYRB, Ian Buruma writes about The Memory of Justice, the 1976 documentary film directed by Marcel Ophuls. The initial version of the film, Ophuls was forced by the producers to focus on American and French war crimes in Vietnam and Algeria. In the 2015 version, which reflects ten years of reconstruction by Martin Scorsese’s Film Foundation and Paramount, the Ophuls’ original emphasis on Nazi Germany and the Nuremburg trials is resurrected. Relatedly, the New Books Network features an interview with Michael Barnett about a new edition of his seminal text Eyewitness to a Genocide: The United Nations and Rwanda, a “careful survey of the forces that led to UN inaction in the spring and early summer of 1994,” that is “simultaneously a history, an analysis of institutional culture, and a disquisition on moral responsibility.” This is the first in the NBN’s new series on Rwanda.

Also in the NBN, an interview with Rosalind Rosenberg about Jane Crow: The Life of Pauli Murray (which is a multi-layered and rich biography of Pauli Murray, an activist, lawyer and Episcopal priest whose life intersected with the most significant civil and human rights issues of the twentieth century) and one with Joyce Salisbury about Rome’s Christian Empress: Galla Placidia Rules at the Twilight of the Empire (which covers Galla Placida’s time as regent for Valentinian, when “she dealt with the problems of barbarian invasions, rebellious commanders, and the many other challenges of an empire in decline.”).

In The Nation, Michael Kazin reviews J. M. Opal’s Avenging the People: Andrew Jackson, the Rule of Law, and the American Nation, Kazin argues that Jackson “poses—or at least ought to pose—an interpretive dilemma” for modern historians. For one camp, the one that Opal seems to inhabit, Jackson’s era was characterized by the “ruthless exponent of policies that expanded slavery and pushed Native Americans out of their homelands.” For the other, he was a “self-made man who railed against the well-born elite, he also persuaded many white farmers and wage earners—both immigrants and the native-born—that a lack of privilege should not prevent them from thriving.” The magazine also features a review of The Rise of a Prairie Statesman: The Life and Times of George McGovern by Thomas J. Knock. 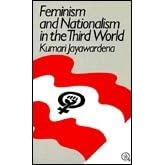 The Guardian celebrates Kumari Jayawardena’s influential work Feminism and Nationalism in the Third World on the occasion of its republication. “More than three decades after it first came out, the book remains the best introduction to the history of women’s movements in Turkey, Egypt, Iran, India, Sri Lanka, Indonesia, the Philippines, China, Vietnam, Korea and Japan. It takes us into the lives and ideas of a host of women and men who sought reform and revolutionary transformation.”

The Guardian also includes a review of Robert Winder’s The Last Wolf: The Hidden Springs of Englishness, a “patchwork of history” on “the conundrum of Englishness,” and Jared Rubin’s Rulers, Religion and Riches: Why the West Got Rich and the Middle East Did Not, which takes the long view and tackles the “dramatic reversal of fortunes” between the Middle East and western Europe. (“By 1600, however, the Islamic world had fallen behind western Europe, and for centuries the Middle East has been beset by slow growth.”).