Legal Transfer in the Common Law World at Max Planck

We have word of the latest in the Common Law Research Seminar Series of the Max Planck Institute for European Legal History, entitled Legal Transfer in the Common Law World.  The seminar usually meets from 2:15-3:15 on selected Tuesdays save for November 28, a Thursday. 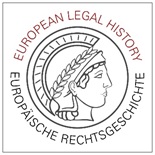 As the British Empire expanded, English law was being introduced in very different parts of the world. Rules, principles and institutions from England were brought into force in regions and societies as diverse as Australia, Ghana, India, Jamaica and Singapore. In this Special Research Field, we enquire how this process unfolded in various places.

In many cases English law encountered local or regional traditions, both legal and non-legal. To what extent did these encounters differ from each other? Was there ever anything resembling the frequently invoked ‘unity of the common law’? Or did the law of England acquire a distinctive flavour in each territory, depending on the geography, the climate and the prevailing religious, moral and economic views of the inhabitants? And, finally, can we learn anything from the experience of English law for the broader debate on legal ‘transplants’ and, even more generally, legal development as such?

Initially, this research field focuses primarily on the following regions: India, South East Asia and the Caribbean. Specific case studies turn on different areas of law, including constitutional law, the law of contract, land law and intellectual property. Equally important are the modes of conflict management in state courts and beyond.

Here is the schedule:

November 11  Delores Freda (University of Naples), Across Boundaries: the English Justices of the Peace on the Continent

November 28 (Thursday)  Hunter Harris (University of Michigan), The Use of Bills of Exchange in 18th Century Glasgow