Dew, The Aliites: Race and Law in the Religions of Noble Drew Ali

We missed this book release from 2019: The Aliites: Race and Law in the Religions of Noble Drew Ali (University of Chicago Press), by Spencer Dew (Denison University). A description from the Press: 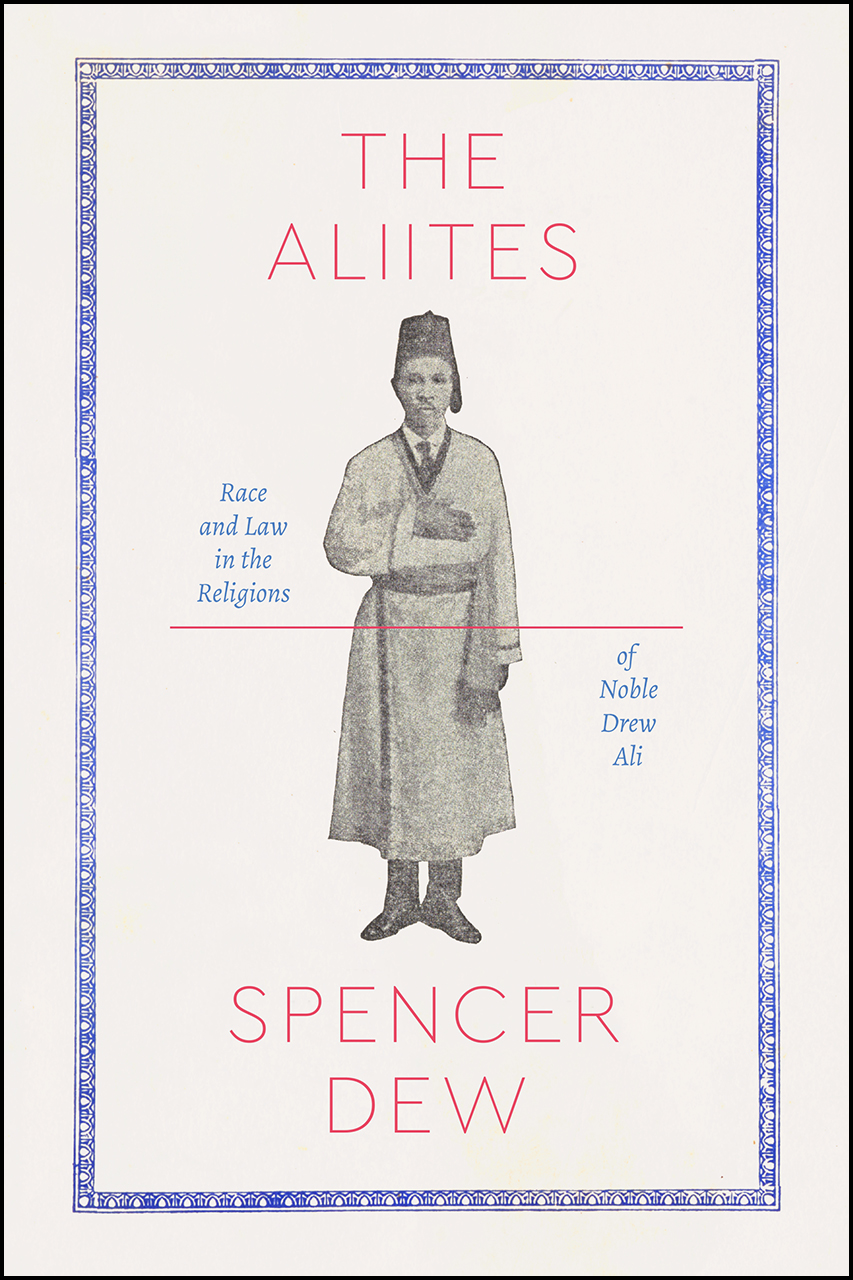 “Citizenship is salvation,” preached Noble Drew Ali, leader of the Moorish Science Temple of America in the early twentieth century. Ali’s message was an aspirational call for black Americans to undertake a struggle for recognition from the state, one that would both ensure protection for all Americans through rights guaranteed by the law and correct the unjust implementation of law that prevailed in the racially segregated United States. Ali and his followers took on this mission of citizenship as a religious calling, working to carve out a place for themselves in American democracy and to bring about a society that lived up to what they considered the sacred purpose of the law.

In The Aliites, Spencer Dew traces the history and impact of Ali’s radical fusion of law and faith. Dew uncovers the influence of Ali’s teachings, including the many movements they inspired. As Dew shows, Ali’s teachings demonstrate an implicit yet critical component of the American approach to law: that it should express our highest ideals for society, even if it is rarely perfect in practice. Examining this robustly creative yet largely overlooked lineage of African American religious thought, Dew provides a window onto religion, race, citizenship, and law in America.

“In this remarkable book of personal and communal atonement, Dew honors what he calls ‘the intellectual aikido’ of Aliite thinkers across a hundred years of insistent devotion to the ideals of American citizenship. Placing the Aliites in the proud company of American freethinkers, Dew lays before us an alternative tradition of American democracy—of civic engagement as religion—from the founding of utopian communities to the courting of FBI surveillance. The Aliites introduces us to a fecund and vital vernacular legal imagination, one that could only be American.” -- Winnifred Fallers

“A genuinely original work, The Aliites makes significant contributions to the study of religion, religion’s relationship to the law in the United States, and larger themes and patterns among Aliites. Dew’s organization of the book around elements of the Great Seal is creative and generative, foregrounding his excellent study of the centrality of the law and practices of citizenship in Aliite thought. This book offers the best interpretation currently available of many practices that contribute to outsiders’ evaluations of some of the modern groups as criminal, making it an enormously valuable work.” -- Judith Weisenfeld

H/t: New Books in Law, where you can listen to an interview with the author.