Stern on the Transition from Mandate Palestine to Israel

We don’t usually post abstracts for gated scholarship, but a pandemic is no time for foolish consistency.  Rephael G. Stern, a JD-PhD candidate in history at Harvard, has published Legal Liminalities: Conflicting Jurisdictional Claims in the Transition from British Mandate Palestine to the State of Israel in Comparative Studies in Society and History 62:2 (April 2020): 359-388: 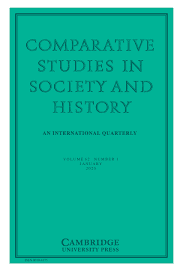 This article explores the legal and temporal dimensions of the transition from British Mandate Palestine to the State of Israel on 15 May 1948. I examine the paradoxical character of Israeli jurisdictional claims during this period and argue that it reveals the Israeli state's uncertainty as to whether the Mandate had truly passed into the past. On one hand, Israel recognized the validity of the Mandate administration's jurisdiction until 15 May; I employ the Israeli trial of the British citizen Frederick William Sylvester to demonstrate how Israel even predicated its own jurisdictional claims on their being continuous with those of its predecessor. In this case, the Mandate administration was cast as having entered the realm of the past. Conversely, the Israeli state contested Mandate laws and legal decisions made prior to 15 May to assert its own jurisdictional claims. In the process, Israeli officials belied their efforts to bury their predecessors in the past and implicitly questioned whether the past was in fact behind them. By simultaneously relying upon and disavowing past British legal decisions, the Israeli state staked a claim on being a “completely different political creature” from its British predecessor while retaining its colonial legal structures as the “ultimate standards of reference.” Israel's complex attitude toward its Mandate past directs our attention to how it was created against the backdrop of the receding British Empire and underscores the importance of studying Israel alongside other post-imperial states that emerged from the First World War and the mid-century decolonizing world.