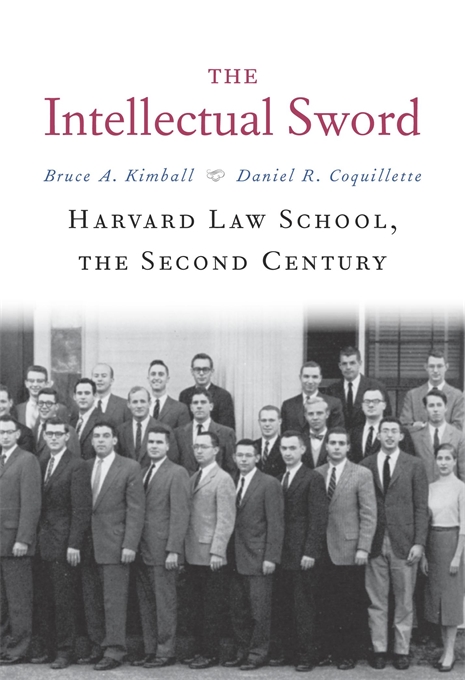 By the late nineteenth century, Harvard Law School had transformed legal education and become the preeminent professional school in the nation. But in the early 1900s, HLS came to the brink of financial failure and lagged its peers in scholarly innovation. It also honed an aggressive intellectual culture famously described by Learned Hand: “In the universe of truth, they lived by the sword. They asked no quarter of absolutes, and they gave none.” After World War II, however, HLS roared back. In this magisterial study, Bruce Kimball and Daniel Coquillette chronicle the school’s near collapse and dramatic resurgence across the twentieth century.

The school’s struggles resulted in part from a debilitating cycle of tuition dependence, which deepened through the 1940s, as well as the suicides of two deans and the dalliance of another with the Nazi regime. HLS stubbornly resisted the admission of women, Jews, and African Americans, and fell behind the trend toward legal realism. But in the postwar years, under Dean Erwin Griswold, the school’s resurgence began, and Harvard Law would produce such major political and legal figures as Chief Justice John Roberts, Justice Elena Kagan, and President Barack Obama. Even so, the school faced severe crises arising from the civil rights movement, the Vietnam War, Critical Legal Studies, and its failure to enroll and retain people of color and women, including Justice Ruth Bader Ginsburg.

Based on hitherto unavailable sources—including oral histories, personal letters, diaries, and financial records—The Intellectual Sword paints a compelling portrait of the law school widely considered the most influential in the world.


“A major work of scholarship—forceful, original, compelling, and highly readable. The stories of the administration of Harvard Law School, of the rise and fall of its deans and their many tribulations, make for high drama. And the school itself is of course one of the key institutions of higher education and the legal profession, not only for its own achievements and standing, but because of its enormous influence on other schools.”—Robert W. Gordon