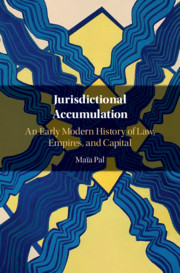 The majority of European early modern empires – the Castilian, French, Dutch, and English/British – developed practices of jurisdictional accumulation, distinguished by the three categories of extensions, transports, and transplants of authority. This book is concerned with various diplomatic and colonial agents which enabled the transports and transplants of sovereign authority. Through historical analyses of ambassadors and consuls in the Mediterranean based on primary and secondary material, and on the empires' Atlantic imperial expansions and conquests, the book makes a major analytical contribution to historical sociology. As an interdisciplinary exercise in conceptual innovation based on a Political Marxist framework and its concept of social property relations, the book goes beyond common binaries in both conventional and critical histories. The new concept of jurisdictional accumulation brings ambassadors, consuls, merchants, and lawyers out of the shadows of empire and onto the main stage of the construction of modern international relations and international law.

"This book is an event. Maïa Pal's concept of Jurisdictional Accumulation, i.e. the development of actual practices of law, illuminates the shortcomings of conventional narratives of the history of international law. She convincingly demonstrates how much can be gained from making use of concepts of political economy for this analysis. Her focus on the practices of consuls opens up a new field of research for the historiography of exterritoriality."

Heide Gerstenberger, retired professor for 'Theory of State and Society' at the University of Bremen

"Pal's main research strength lies in her command of an extensive secondary literature from which she extracts substance to support her innovative argumentation and analysis … The book is to be welcomed as an able and convincing elaboration of this thesis [of jurisdictional accumulation]. But alongside original inquiry into early modern history, Jurisdictional Accumulation evinces a commitment to the development of a historical sociology of early modern empires. That is, Pal's goal is just as much the exposition of method as it is the presentation of original research. Legal historians may find that this may be its most lasting contribution to their work."