The American Society for Legal History (ASLH) has made admirable attempts in recent years to expand its membership base. Scholars like myself—who are neither specialists of American legal history nor trained in law schools—have found a welcoming intellectual home in the society. The Law and History Review is now replete with articles covering legal histories across time and around the world, while events like the Hurst Summer Institute continue to welcome scholars with a diverse range of interests. ASLH even generously agreed to co-host pre-conference workshops organized by the International Society for Chinese Legal History (ISCLH). I have been heartened to see the sincerity of the society in building bridges and reaching out to many academic communities. I hope these efforts continue. 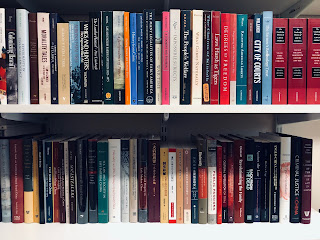 Prior to the 1980s, foreign scholarship on Chinese legal history was constrained by limited or non-existent access to archival materials. Unable to examine actual legal cases or court records, researchers relied on published materials like legal codes or magistrate handbooks. Or they turned to what materials were available that could serve as proxies for understanding the operation of law within China: land contracts from villages in Hong Kong, imperial documents removed to Taiwan, or rare books from libraries in Japan. Scholarship during this era had to be resourceful and creative.

Based on materials available at the time, scholars concluded that Chinese laws and courts focused almost exclusively on criminal matters at the expense of civil matters. Faced with unsympathetic magistrates and the potentially ruinous costs of litigation, most ordinary Chinese shied away from lawsuits and instead relied on community mediation to settle disputes. Law, according to these scholars, was simply not relevant in the lives of many ordinary people.

Exclusive reliance on such materials was born of necessity, and generations of scholars prior to the widespread availability of archives did their best to wring findings from limited materials. Yet the exclusive reliance on such materials also drastically constrained the scope of research and provided a very skewed picture of Chinese law and society. (For scholars of American legal history: imagine the challenges of researching American law and society if one had access only to, say, the Constitution, the U.S. Code, some Supreme Court cases, and the writings of Oliver Wendell Holmes.) Chinese legal historians simply could not say much about the daily operation of law, let alone explore the subjectivities of ordinary individuals within the Chinese legal system or their relationship to courts.

China’s "reform and opening" during the 1980s changed the state of Chinese legal history as archives were steadily opened to researchers. Among the earliest collections made publicly available were the Qing dynasty’s (1644-1912) Board of Punishment records on capital crimes and county-level records on civil lawsuits. They included plaints, testimonies, confessions, judgments, other documents produced from the daily operation of the Chinese legal machinery. These collections were later joined by the opening of other archives from the Republican Era (1912-1949) and even from the early years of the People’s Republic (1949-present), which shed light on the transformation of the Chinese legal system during times of great social and political upheavals. While many archives succumbed to the ravages of time, war, and revolution, scholars have unearthed a surprising number of other materials that survived.

The availability of new materials revolutionized the field. Researchers could finally test old assumptions by reconstructing the actual operation of Chinese law and its interactions with society and economy. Legal records, for instance, clearly show how many ordinary Chinese were far from averse to filing lawsuits or constrained by Confucian precepts that emphasized social harmony above all else. They were, in fact, quite litigious. Ordinary villagers frequently and even boldly filed lawsuit after lawsuit to defend their interests or assert their claims. Unofficial legal expertise was widely and cheaply available, thereby ensuring that even the poorest illiterate peasant did not face insurmountable barriers to courtroom justice. Legal records also show how magistrates were far from being concerned only with criminal matters. They adjudicated all kinds of civil matters, like disputes over land, inheritance, marriage, and debts. Mediation by community and guild leaders still played an important role for many ordinary Chinese seeking justice—but only a role alongside Chinese courts.

The opening of new archives, however, helped researchers do more than simply revise prior generations of findings. Armed with rich materials, they could now ask new questions about Chinese law inside and outside the courtroom. They could, for instance, examine plaints, testimonies, and even literary fiction to understand legal mobilization or the legal consciousness of litigants. They could mine valuable ethnographic evidence captured in lawsuits and judgments to reconstruct the socioeconomic conditions of individuals, families, and communities. Scholars uncovered many practices that were expressly prohibited but widely practiced—including adultery, polyandry, divorce, usury, tax evasion, and land reclamation. They came to appreciate the unenviable attempts by magistrates trying to strike a tricky balance between finding an amenable solution for litigants while adhering to the letter of the law. More importantly, the discovery of new archives enabled researchers to look beyond law centered in capitals and explore how they operated on the peripheries for different communities and different ethnic groups—Mongols, Manchus, Tibetans, Uighurs, and so many others along with Han Chinese.

Chinese legal history scholarship is still dominated by studies of the Republican era and (especially) the Qing dynasty. The legal history of the People’s Republic remains relatively underdeveloped due to renewed archival restrictions and the political sensitivities of the current regime to its own history. Nonetheless, more access to new sources has opened more avenues to new questions. The field in past decades has produced one pathbreaking study after another. Scholars have addressed questions fundamental to our understanding of law in Chinese society and economy, as well as questions that potentially lend themselves to comparisons between Chinese legal history and other fields of legal history. How did law bind the multi-ethnic, polyglot, and legally pluralistic Qing empire? How did the Republic of China try to reform laws and courts during the tenuous transition from empire to nation? Or how did this reform unfold amidst the tumultuous transformation of Chinese society, economy, and politics and the redefinition of the relationship between China and the world? How did the People’s Republic of China balance competing imperatives, especially guaranteeing the absolute authority of the party-state while ensuring the efficient operation of law? More work remains to be done, but the field has much to offer to everyone.

In my final posts, I will provide a select bibliography of Chinese legal history as a resource for interested readers. I will also spotlight five titles that I hope are especially worthy of a place on your legal history syllabi or reading lists.

Thank you once again for reading!