Superhighways and Sacred Trash: this week in the book reviews

This week the New York Times book section focuses on "summer reading." Our readership's standard fare didn't make the cut, but there are con law debates to be found on the best-seller list.  For example, Steve Berry's latest thriller, The Jefferson Key, turns on "a secret clause encoded in Article I, Section 8." (It also features a "swashbuckling Justice Department operative." Sold!)

Hitting closer to home is David Nirenberg's review, for The Nation, of "a precious meditation on the ways in which the discovery of long-hidden hoards of history can transform our worlds." If any of you have struggled to convey the excitement of the historian's craft, you might want to buy a few copies of Sacred Trash: The Lost and Found World of the Cairo Geniza (Schocken), by Adina Hoffman and Peter Cole.

Just in time for road-trip season, Washington Post critic Jonathan Yardley reviews The Big Roads: The Untold Story of the Engineers, Visionaries, and Trailblazers Who Created the American Superhighways (Houghton Mifflin Harcourt),  by journalist Earl Swift. Yardley notes that the book "appears to be the first thorough history of the expressway system, at least for a general readership," and praises it as "engaging" and "informative."

Patrick Cooke, writing for the Wall Street Journal, has a different perspective.  As an alternative title to the "sprawling book" he suggests: "Construction Ahead: Expect Delays." Also in the WSJ book pages, a review of Frank McLynn's Captain Cook: Master of the Seas (Yale University Press).

The Los Angeles Times offers another take on Manning Marable's controversial biography of Malcolm X.  Reviewer Erin Aubry Kaplan describes the book as "absorbing and well-written, passionate but painstakingly evenhanded." To her, it results in a portrait "of a man not distorted but more dynamic than we realized." 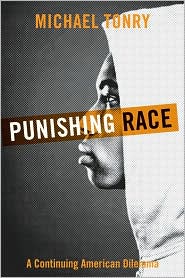 Over at The New Republic "the Book," you'll find a review of Punishing Race: A Continuing American Dilemma (Oxford University Press), by Michael Tonry. According to reviewer John McWhorter, Tonry is careful about using the word "racism" in his description of the origins and effects of contemporary drug policy, but strongly implies that the "War on Drugs" is of a piece with Jim Crow. Though sympathetic to the author's larger aims, McWhorter reminds the reader that "reciting ugly things in order is not historical analysis."

At the New York Review of Books, Timothy Snyder reviews four new books on the Holocaust, Ian Johnson explores "the high price of the new Beijing," via six recent releases, and Hugh Eakin covers Chasing Aphrodite: The Hunt for Looted Antiquities at the World’s Richest Museum (Houghton Mifflin Harcourt), by Jason Felch and Ralph Frammolino.
Posted by Karen Tani at 8:53 AM