This week the internet world of book reviews is light on legal history. But the Washington Post has an engaging review of Myra MacPherson's The Scarlet Sisters: Sex, Suffrage and Scandal in the Gilded Age (Twelve).

"Given how much scurrilous chatter surrounded the sisters, and how far they bent the truth to suit their ends, MacPherson is often tasked with choosing between rival tall tales. However, she resists the temptation to pick the most flattering story and cast the sisters simply as progressive heroines. Both were willing to use their femininity, as well as their feminism, to get what they wanted; Victoria especially could be self-centered and obsessed with her own persecution; and both sisters became conservative in later life, publicly repudiating most of their “sex radical” beliefs.
They left New York for London in 1877, in the wake of the Beecher trial, and “decided to use draconian measures to sanitize their image.” Like many of their most outlandish ruses, it worked — within a few years, both were married to wealthy Englishmen. By the early 20th century, they were recognized as suffrage pioneers, although to improve society they now prescribed religion and eugenics rather than female emancipation."

The Los Angeles Review of Books has a detailed review of The Death Penalty, Volume I: The Seminars of Jacques Derrida translated by Peggy Kamuf (University of Chicago Press).

"Jacques Derrida’s The Death Penalty (Volume I), the first half of a two-year seminar he gave from 1999 to 2001 in Paris and then again at American universities, offers a new perspective on the vexing, seemingly intractable debates that surround capital punishment in this country. The book’s appearance will undoubtedly be greeted with enthusiasm by those who have read and appreciated Derrida’s writings for some time (and there are many), but do its observations and arguments have the potential to reach a broader audience? During his lifetime, Derrida’s scholarly work exerted enormous influence on academic practices around the world, profoundly changing the ways people in numerous disciplines thought and wrote about thinking and writing. Like Jean-Paul Sartre or Michel Foucault, Derrida also came to enjoy considerable celebrity beyond the ivory tower. Profiled in news features and documentary films, he met with world leaders and figured in pop songs. His impact beyond the academy was registered in more subtle ways, as well. To this day, many who have never read a word of his work casually use the verb “to deconstruct.” For his part, Derrida expressed considerable unease about the “temptation” for intellectuals to “renounce the academic discipline normally required ‘inside’ the university and to try instead to exert pressure through the press and through public opinion, in order to acquire an influence or a semblance of authority that has no relation to their own work.”"

Common-Place reviews three books on emancipation in a piece titled, "The (Not So) Distant Kinship of Race, Family, and Law in the Struggle for Freedom." Books reviewed are Rebecca J. Scott and Jean M. Hébrard's Freedom Papers: An Atlantic Odyssey in the Age of Emancipation (Harvard University Press), Sydney Nathans's To Free a Family: The Journey of Mary Walker (Harvard University Press), and Mark Auslander's The Accidental Slaveowner: Revisiting a Myth of Race and Finding an American Family (University of Georgia Press).


Two pieces this week, one in the Washington Post and a second in the New York Times, write about Peniel E. Joseph's Stokely, A Life (Basic).


"With “Stokely: A Life,” the historian Peniel E. Joseph says he set out to “recover” Stokely Carmichael, the man who popularized the phrase “black power” and led the Student Nonviolent Coordinating Committee, known as SNCC, a man whose diminished historical footprint, Mr. Joseph writes, “impoverishes our understanding of the most important movement in our national history.”" 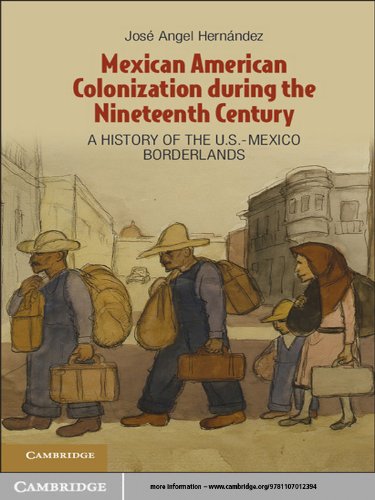 "Americans talk a lot about the flow of Mexican immigrants across their southern border. To some that flow is seen as patently illegal and dangerous. To others it’s seen as unstoppable and essential for the functioning of the U.S. economy. Everyone agrees that something must be done about it though, in fact, little is ever done. It’s an American problem that seems to have no American solution. But, as José Angel Hernández points out in his pathbreaking book Mexican American Colonization during the Nineteenth Century: A History of the U.S.-Mexico Borderlands (Cambridge University Press, 2012) , it’s not just an American problem: it’s also a Mexican one and always has been. "

On HNN, Rot, Riot, and Rebellion: Mr. Jefferson's Struggle to Save the University that Changed America (University of Virginia Press) by journalists Rex Bowman and Carlos Santos is reviewed.
Posted by Anonymous at 7:30 AM