George Fredrickson, a towering figure in U.S. and comparative history, died February 25 at home in Stanford, California at the age of 73. He was the Edgar E. Robinson Professor o 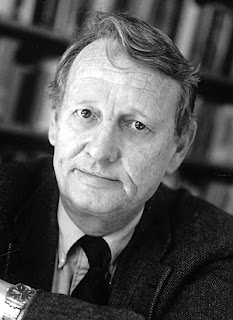 Frederickson was a powerful force in reshaping historical views of the Civil War and race relations in the United States. He helped invent the field of comparative history through his seminal work White Supremacy: A Comparative Study of American and South African History, which was a finalist for the Pulitzer Prize. Few, if any, other historians have so imaginatively used a comparative approach to racism in America.

"George Fredrickson was an incredible scholar. The cope and depth of his knowledge was breathtaking," said Hazel Rose Markus, the Davis-Brack Professor in the Behavioral Sciences. "Even in a brief conversation with hi,m non-historians immediately understood how today was composed of the past and everyone knew they needed to know more.

"Most significantly, his work has changed the way historians and social scientists think about race. George Fredrickson has helped us understand race as a dynamic system of attitudes and institutionalized practices. This system is rooted in a belief in white supremacy, and it persistently shapes societies and individuals."

He was an a 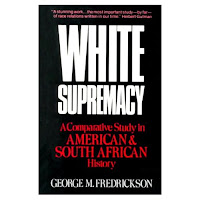 ctivist who participated in the 1963 March on Washington, campaigned for divestment in South Africa at Stanford, and after the 1992 riots in Los Angeles, "he decried 'the new face of racism' in the Stanford Daily: 'The heart of the matter is the probable belief of these decent citizens that they are in no way responsible for the inner city conditions that spawn crime, disorder and police brutality.'"
Among his books, White Supremacy: A Comparative Study in American and South African History (1981), which compared the histories of South African apartheid and racial segregation in the United States, was a finalist for the Pulitzer Prize. Today's Los Angeles Times obituary draws from David Brion Davis's New York Times review, calling the book "a model of comparative history, 'one of the most brilliant and successful . . . ever written.'"

"He was a pioneer," Ariela Gross, a professor of law and history at USC who studied for her doctorate under Fredrickson, said this week. "He published 'White Supremacy' at a time when most people studying slavery in the United States were doing groundbreaking work but very locally focused, looking at the social history of the U.S. . . . Now everybody is writing about slavery from an Atlantic perspective. Everyone is doing comparative and transnational work, 25 years later."

At The Edge of the American West, where he is eloquently remembered, are these words of Fredrickson's:

I am convinced that the few who have a genuine interest in ideas and a powerful urge to find meaning and coherence in their experience are able to tell us more about a crisis of values, with its inevitable confusion and ambivalence, than the many who avoid difficult issues and are content to speak in outdated clichés. 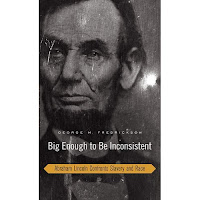 George Fredrickson's books included: The Inner Civil War: Northern Intellectuals and the Crisis of the Union (1965); The Black Image in the White Mind: The Debate on Afro-American Character and Destiny (1971); White Supremacy: A Comparative Study of American and South African History (1981); The Arrogance of Race: Historical Perspectives on Slavery, Racism and Social Inequity (1988); Racism: A Short History (2002); Black Liberation: A Comparative History of Black Ideologies in the United States and South Africa (1995). His last book, Big Enough to Be Inconsistent: Abraham Lincoln Confronts Slavery and Race (Harvard University Press), was published shortly before his death.
There is much more here, here and here.
Update: A 2006 special issue of Safundi: The Journal of South African and American Studies took up the impact of Friedrickson's work. He is remembered here in the New York Times. Hat tip.
Posted by Mary L. Dudziak at 6:27 PM