Hobsbawm, Scottsboro and more in the Sunday Book Reviews 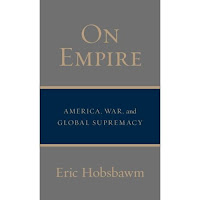 heon) is reviewed today in the Los Angeles Times. Kristina Lindgren describes the book as arguing "that the greatest danger in the 21st century is in 'the global ambitions of an uncontrollable and apparently irrational government in Washington' bent on exporting an ideology of liberty and democracy and, in the process, squandering America's moral authority and influence." Hobsbawm "notes persuasively that the United States, the world's sole superpower (by virtue of its high-tech military capability), is the only major empire in history that "has also been a major debtor.'...The question is whether the U.S. will try to 'maintain its eroding global position [with] politico-military force . . . and in so doing promote . . . not global peace but conflict.'" 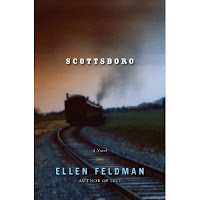 el, Scottsboro, by Ellen Feldman (Norton) is reviewed in the San Francisco Chronicle. According to Jonah Raskin, Feldman "revisits the celebrated case in a social-protest novel that once again indicts bigots and bigotry, and focuses on the role of two women largely neglected by historians, dramatists and fiction writers....She breathes new life into the real Ruby Bates, a white woman who initially testified that she was raped by the defendants but later proclaimed their innocence. Ruby appears in the novel under her real name, and her voice - she narrates much of the story - gives 'Scottsboro' resonance and a sense of authenticity."

This is a great Sunday for the New York Times Book Review, with Michael Kazin on Walter McDougall, Throes of Democracy: The American Civil War Era, 1829-1877; Emily Bazelon on Martha C. Nussbaum, Liberty of Conscience: In Defense of America's Tradition of Religious Equality; Amy Chua on Anthony Pagden, Worlds at War: The 2,500-Year Struggle Between East and West; Nicholas Kristof on Matthew Connelly, Fatal Misconception: The Struggle to Control World Population, and more. Ralph Luker at Cliopatria, has it covered in a great book review round-up.
Posted by Mary L. Dudziak at 11:11 AM