The big one this week is Justice John Paul Stevens's review, for the New York Review of Books, of The Collapse of American Criminal Justice (Belknap Press/Harvard University Press), by William J. Stuntz. (We've mentioned the book previously, here and here.)  Stevens concludes that the book "is well worth reading," for the following reasons:


It is full of interesting historical discussion. It accurately describes the magnitude of the twin injustices in the administration of our criminal law. It should motivate voters and legislators to take action to minimize those injustices.

Also in the NYRB, although only available to subscribers: Gordon Wood reviews Moneymakers: The Wicked Lives and Surprising Adventures of Three Notorious Counterfeiters (Penguin), by Ben Tarnoff (here); Michael Tomasky reviews Showdown: JFK and the Integration of the Washington Redskins (Beacon), by Thomas G. Smith (here); and Timothy Snyder reviews four new releases in European history, which he gathers under the title "A Core of European Tragedy, Diversity, Fantasy" (here).

The Wall Street Journal covers Midnight Rising: John Brown and the Raid that Sparked the Civil War (Henry Holt), by Tony Horwitz. Reviewer David Reynolds concludes that "much of [the] book is a gloss of what is already known," and that in attempting "to enhance Brown's role in history," Horwitz "revives a few old, negative images of Brown."

Also reviewed in the WSJ: Jerusalem: The Biography (Knopf), by Simon Sebag Montefiore (here), and Eminence: Cardinal Richelieu and the Rise of France (Walker), by Jean-Vincent Blanchard (here). 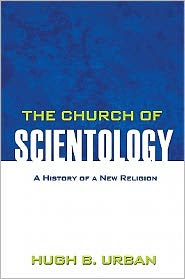 In the book review pages of the Nation, you'll find a review of two new books on Scientology: Inside Scientology: The Story of America’s Most Secretive Religion (Houghton Mifflin Harcourt), by Janet Reitman, and The Church of Scientology: A History of a New Religion (Princeton University Press), by Hugh B. Urban.  Here's the bottom line, according to reviewer Mark Oppenheimer:


Scientology may not last, but there will always be something like it. Reitman’s and Urban’s books are gifts to all religious people, especially Scientologists. They pay Scientology’s hierarchy the simple courtesy of holding them to adult standards of truthfulness and ethical behavior, and they confront Scientology lay people with some hard truths about their church. They also make the case—Urban’s book, explicitly so—that government and religion do not mix, and that perhaps it would be better, less entangling, to tax religious organizations. Reitman and Urban offer religions the respect they deserve in the form of the scrutiny they require. The Constitution, guarantor of free press as well as free religion, offers nothing less.

The New Republic: The Book gives top billing to Citizen Islam: The Future of Muslim Integration in the West (Continuum), by Zeyno Baran.  According to the review, the book "describes how Islamists have captured many Islamic religious and social institutions, including most of the Western ones."

The featured review in the New York Times book pages is Rin Tin Tin: The Life and the Legend (Simon and Schuster), by Susan Orlean (also featured in this week's book review podcast).  Other reviews of interest include The End: The Defiance and Destruction of Hitler’s Germany, 1944-45 (Penguin Press), by Ian Kershaw (here) and The Struggle for Egypt: From Nasser to Tahrir Square (Oxford University Press), by Steven A. Cook (here).

The NPR Books section also has some good stuff this week, including a Fresh Air interview with Justice Stevens, on his recently released memoir, and a Morning Edition story on Sybil Exposed: The Extraordinary Story Behind the Famous Multiple Personality Case (Free Press), by Debbie Nathan (also reviewed recently in Salon).

This week the LA Times reviews Elizabeth and Hazel: Two Women of Little Rock (Yale University Press), by David Margolick (mentioned in an earlier round-up, here) and A Thousand Lives: The Untold Story of Hope, Deception, and Survival at Jonestown (Free Press), by Julia Scheeres (here).

The most talked about book this week seems to be Deng Xiaoping and the Transformation of China (Belknap Press/Harvard University Press), by Ezra F. Vogel.  It received coverage in numerous outlets. Reviews are here, here, and here.

Last but not least, Salon recently reviewed The Great A&P and the Struggle for Small Business in America (Farrar, Straus and Giroux), by Marc Levinson.  According to the review:


Levinson covers the history of A&P, the industry it revolutionized, and the enmity it inspired, in everyone from the mom-and-pop shopkeepers it put out of business to the government trustbusters who for years made the company the target of federal investigation. He also explores the deeper unease underlying the dominance of A&P, as the growth of chains and the modernization of grocery trade seemed to threaten the very existence of small-town life.