Action and Reaction: This Week in the Book Pages 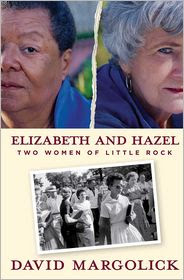 You've doubtless seen the September 1957 photo: "Elizabeth [Eckford], a sheltered, scholarly teenager in a homemade dress, walks past Little Rock Central High School while Hazel [Bryan], a student there, marches behind her, spewing racist abuse." So begins the New York Times review of Elizabeth and Hazel: Two Women of Little Rock (Yale University Press), by David Margolick. The book chronicles the evolution of their unusual friendship.

Readers may also be interested in the paper's coverage of Corey Robin's The Reactionary Mind: Conservatism From Edmund Burke to Sarah Palin (Oxford University Press), which we mentioned earlier this week (here). The review is here; Robin has published a response on his blog.

Also in the NYT: reviews of Lennon: The Man, the Myth, the Music — The Definitive Life (Hyperion), by Tim Riley (here); Grand Pursuit: The Story of Economic Genius (Simon and Schuster), by Sylvia Nasar (here) (mentioned in our 9/11/11 round-up); and The Better Angels of Our Nature: Why Violence Has Declined (Viking), by Steven Pinker (here) (mentioned in last week's round-up).


In the late 1940s and throughout the ’50s, elites from business, politics, media, and the military—in tandem with their popular audience—blurred the line between a secular and a religious state. If the impulse for constructing this ideological complex was internal and peculiarly American, the complex itself mandated an outward projection of Christian energy. Herzog argues that the United States was “the world’s great champion of religion” in this era, seeking like-minded allies wherever they could be found.

Kimmage finds the book "useful," but also vulnerable to "a variety of critical questions."

The Submerged State: How Invisible Government Policies Undermine American Democracy (University of Chicago Press), by political scientist Suzanne Mettler. By now, readers have likely come across some of the underlying data (on the large percentage of Americans who benefit from government social programs but do not recognize that fact). The book builds on this striking and important finding. According to the review, Mettler (1) "proposes to situate policies that draw out the structure of government at the center of democratic reform efforts," and (2) "seeks to draft Barack Obama as an ally in the fight to reveal the submerged state."

Don’t Shoot: One Man, a Street Fellowship, and the End of Violence in Inner-City America (Bloomsbury USA), by crime theorist David M. Kennedy.  It is a memoir, of sorts (the review notes the book's "almost ideological disinterest in the character of its subject"), of an "outsider genius."

Reveille in Washington: 1860-1865 (New York Review of Books Classics), by Margaret Leech. The review praises the book, originally published in 1941, for its "smart and witty" description of "wartime Washington’s transformation from an administrative backwater to the locus of renewed federal power." 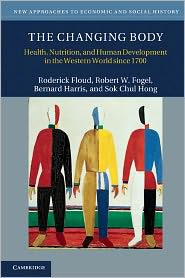 A new issue of the New York Review of Books is out.

Subscribers may read reviews of “I Have Always Loved the Holy Tongue”: Isaac Casaubon, the Jews, and a Forgotten Chapter in Renaissance Scholarship (Belknap Press/Harvard University Press), by Anthony Grafton and Joanna Weinberg, with Alastair Hamilton (here); The Age of Deception: Nuclear Diplomacy in Treacherous Times (Metropolitan), by Mohamed ElBaradei (here); Mightier Than the Sword: Uncle Tom’s Cabin and the Battle for America (Norton), by David S. Reynolds (here) (mentioned in our 9/18/11 round-up); and much more. 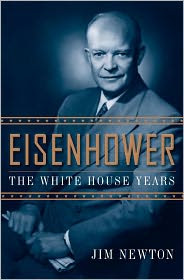 This week, the Los Angeles Times covers Eisenhower: The White House Years (Doubleday), by Jim Newton. It is "a rather straightforward accounting of Eisenhower's eight years as president," writes reviewer Richard Reeves, but one that "[w]e need . . .  to judge the vicious and counterproductive politics of these days."

The Wall Street Journal spotlights a different general: William C. Westmoreland.  The title seems to say it all. In Westmoreland: The General Who Lost Vietnam (Houghton Mifflin Harcourt), author Lewis Sorley paints "a deeply unflattering portrait of an army careerist who unintentionally did much damage to an institution—and a country—that he loved dearly."

If you're interested in Francis Fukuyama's most recent book, The Origins of Political Order: From Prehuman Times to the French Revolution (Farrar, Straus and Giroux), you've probably already read a review (we mentioned several here).  For another perspective, check out Thomas Meaney's review in the Nation.  Meaney characterizes the book as a battle between "the old Fukuyama" (one inclined to "see[] human nature, in the form of the Hegelian quest for recognition, driving all the while toward the liberal democratic state") and "the new" (a "brushed-up scholar of state formation, brilliantly alive to the contingencies of political development").

The Nation also covers Empire of Humanity: A History of Humanitarianism (Cornell University Press), by Michael Barnett. The review is not positive ("diligent and impassioned but also . . . ultimately incoherent and, worse, analytically wrongheaded").