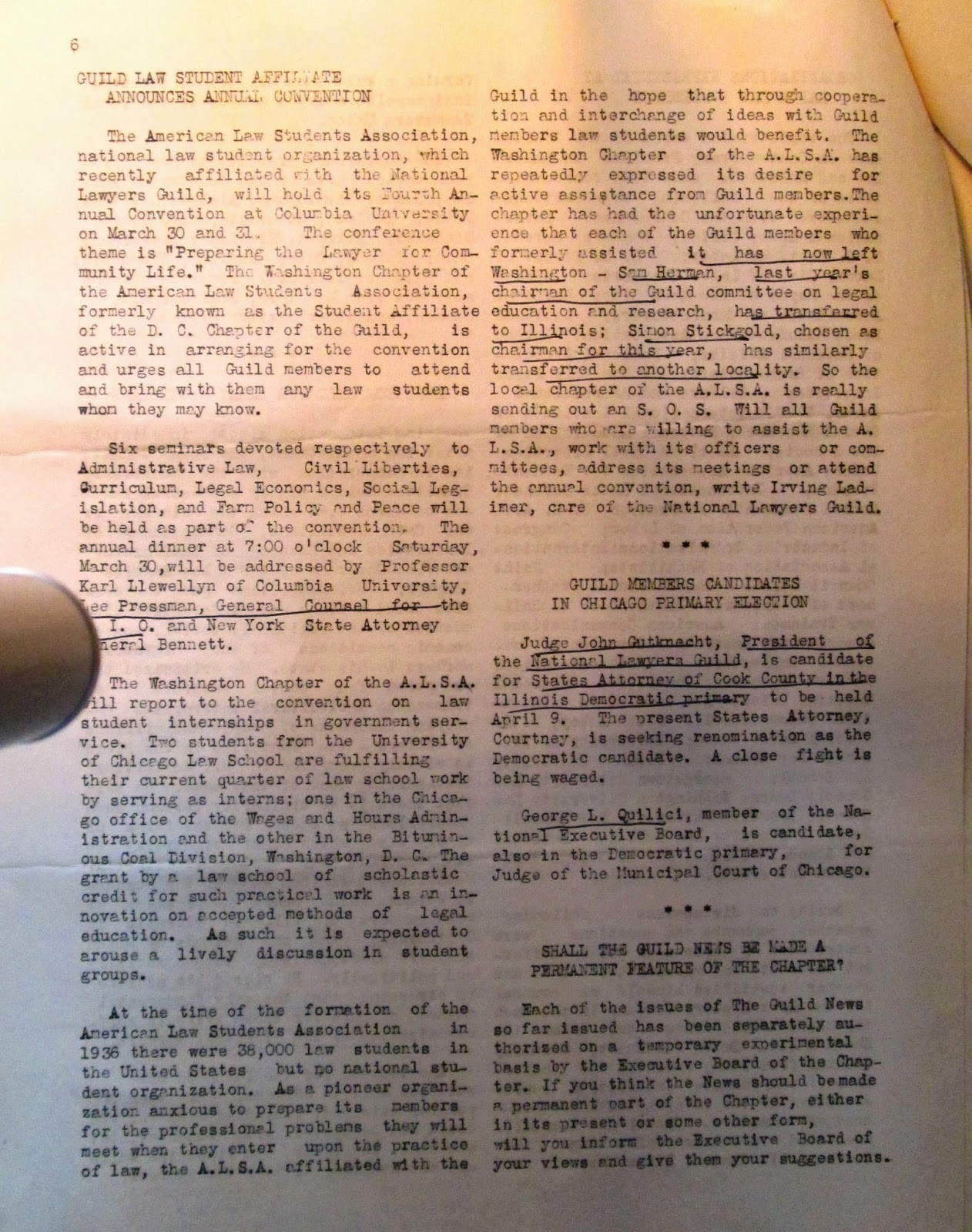 Although I knew that my legal alma mater, the University of Chicago, was once a New Deal law school, Iwas surprised to learn today, from a document in the House Un-American Committee’s files on the National Lawyers Guild, that it pioneered legal externships in government.  The March 14, 1940, issue of the newsletter of the Guild's DC Chapter noted that its student affiliate would soon report


on law student internships in government service.  Two students from the University of Chicago Law School are fulfilling their current quarter of law school work by serving as interns: one in the Chicago office of the Wages and Hours Administration and the other in the Bituminous Coal Division, Washington, D.C.  The grant by a law school of scholastic credit for such practical work is an innovation on accepted methods of legal education.  As such it is expected to arouse a lively discussion in student groups.

The attractions of an internship at the Bituminous Coal Division were considerable, although perhaps they are not immediately apparent today.  The BCD’s general counsel was Abe Fortas; other formidable lawyers there included David Kreeger and Harold Leventhal.

Updates: Apparently, the idea didn't take.The relevant page of the newsletter appears above.  It is from box 638 of the HUAC Papers (RG 233) in the National Archives.
Posted by Dan Ernst at 12:32 PM