New from the University of Chicago Press: After They Closed the Gates: Jewish Illegal Immigration to the United States, 1921-1965 (2014), by Libby Garland (Kingsborough Community College, The City University of New York). A description from the Press: 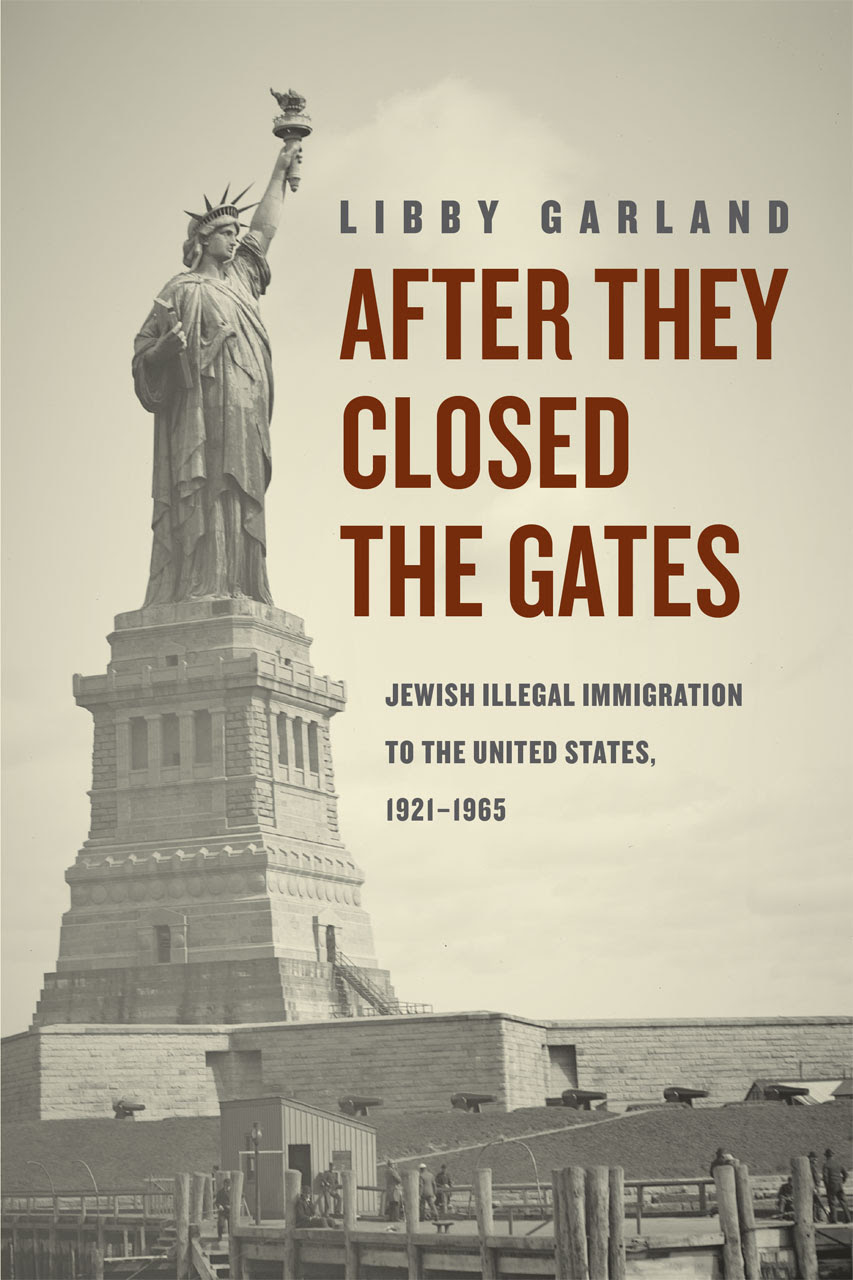 In 1921 and 1924, the United States passed laws to sharply reduce the influx of immigrants into the country. By allocating only small quotas to the nations of southern and eastern Europe, and banning almost all immigration from Asia, the new laws were supposed to stem the tide of foreigners considered especially inferior and dangerous. However, immigrants continued to come, sailing into the port of New York with fake passports, or from Cuba to Florida, hidden in the holds of boats loaded with contraband liquor. Jews, one of the main targets of the quota laws, figured prominently in the new international underworld of illegal immigration. However, they ultimately managed to escape permanent association with the identity of the “illegal alien” in a way that other groups, such as Mexicans, thus far, have not.

In After They Closed the Gates, Libby Garland tells the untold stories of the Jewish migrants and smugglers involved in that underworld, showing how such stories contributed to growing national anxieties about illegal immigration. Garland also helps us understand how Jews were linked to, and then unlinked from, the specter of illegal immigration. By tracing this complex history, Garland offers compelling insights into the contingent nature of citizenship, belonging, and Americanness.

“In charting the rise and fall of Jewish ‘illegal aliens’ in US history, Libby Garland also explores in absorbing detail the real-life effects of immigration law on the many migrants it targets. After They Closed the Gates is a marvelous, important, and timely book.” --Thomas A. Guglielm

“Meticulously researched and provocatively argued, Garland reveals the previously unexplored arena of Jewish illegal immigration to the U.S. after the Quota Acts of the 1920s.  She introduces us to the complicated world of Jewish migrant ‘lawbreakers’ traveling under false documents, in circuitous routes, or through surreptitious entry, Jewish and Gentile smugglers trying to make money out of misfortune, and Jewish lawyers and aid organizations walking a fine line between supporting coethnics in need and drawing anti-immigrant ire that questioned their essential Americanness.  A masterful, path-breaking work of fine scholarship.” -- George Sánchez