[We are grateful to Professor David Sugarman, Lancaster University, for sending us this very sad news.] 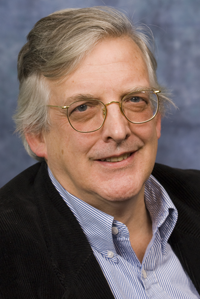 It is with great sadness that we report the death of Professor Chris (C.W.) Brooks aged 65.  A native of Maryland, with a first degree from Princeton, and a doctorate from Oxford, Chris joined the Department of History at Durham University in 1980 as a lecturer, rising to the rank of professor.  His wide-ranging research interests in the history of early-modern England included a particular focus on the law and its social and cultural implications.  He is best known for his exemplary monographs, Pettyfoggers and Vipers of the Commonwealth. The Lower Branch of the Legal Profession in Early Modern England (Cambridge University Press, 1986); Lawyers, Litigation and English Society since 1450 (Hambledon, 1998); Law, Politics and Society in Early Modern England (Cambridge University Press, 2008) and his co-edited collections, (co-edited with J. Barry) The Middling Sort of People: Culture, Society and Politics in England 1550-1800 (Macmillan, 1994) and (co-edited with M.J. Lobban) Communities and Courts in Britain 1150-1900 (Hambledon, 1997).  He was a founder-member of the Board of Editors of Law and History Review and a member of council of the Selden Society.  At the time of his death he was preparing the 1625-1689 volume of the Oxford History of the Laws of England.

Donations in Chris' memory can be made to Linacre College, Oxford, or to The National Humanities Centre, PO Box 12256, 7 Alexander Drive, Research Triangle Park, North Carolina, NC 27709-2256.
Posted by Dan Ernst at 10:57 AM