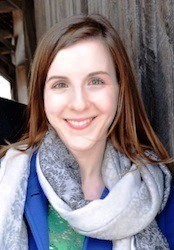 Congratulations to Catherine L. Evans, a Prize Fellow in Economics, History and Politics at the Center for History and Economics, Harvard University, for her hiring as an Assistant Professor at the Centre for Criminology and Sociolegal Studies in the University of Toronto.  She’ll be starting in July 2017 so that she can complete the second year of her postdoctoral fellowship.


studies the history of the British empire, with particular interests in nineteenth-century criminal law and forensic medicine. Her current project is based on her dissertation, “Persons Dwelling in the Borderland: Responsibility and Criminal Law in the Late-Nineteenth-Century British Empire.”  She uses sensational murder cases from a variety of imperial jurisdictions – Canada, Australia, India, and England itself – to explore how lawyers, doctors and government officials assessed defendants' responsibility for their crimes. She focuses on debates about insanity, especially moral insanity, and the role that the determinism of criminal anthropology and late-Victorian evolutionary psychology played in how legal professionals and administrators thought about criminality. By placing case narratives at the centre of her work, she hopes to offer a legal history of the British empire that is both geographically ambitious and fundamentally rooted in the lived experiences of killers and their custodians.