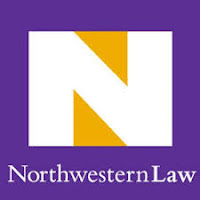 [We have the following announcement of the Jack Miller Teaching and Research Post-Doctoral Fellowship in Legal Studies at Northwestern University, 2017-2019.]

A strong preference will be given to candidates working at the intersections of constitutional innovation, politics, and law in the context of the rise of eighteenth century invention, new understandings of property, the Enlightenment, and the creation of the United States. Particularly encouraged to apply are candidates in legal history, the history of political and economic thought, and/or political theory whose work is empirically grounded in the eighteenth century but has significant contemporary implications for questions of constitutionalism, liberty, equality, and democracy.

The post-doctoral fellow will offer three courses per year on topics pertaining to early American and Atlantic Enlightenment history, political and economic thought, and/or social science. In addition to engaging in an active research and publishing agenda, the candidate is expected to provide a reasonable amount of assistance with organizing other activities associated with the Fellowship and the Legal Studies Program.  The annual salary for the fellow is $50,000, plus fringe benefits and a $1,500 renewable annual research budget. The fellow is required to organize and participate in several activities associated with Jack Miller Center events at Northwestern. These activities include producing an essay on the fellow’s work; participating in the Annual Jack Miller Faculty Development Summer Institute for professors; working with Legal Studies faculty hosting a website that features the fellow’s work and other activities related to the Jack Miller Center; and planning, attending, and participating in the Law in Motion Lecture series. Generous funds are available to bring in scholars central to the fellow’s own scholarship for such events. This is a nine-month faculty appointment, and applicant must have a Ph.D. in hand by September 1, 2017.

Applicants should submit a cover letter stating qualifications and field of interest, a CV, a writing sample, a sample syllabus of a proposed course, and two letters of recommendation (may be sent under separate cover). Northwestern University is an Equal Opportunity, Affirmative Action Employer of all protected classes including veterans and individuals with disabilities. Women and minorities are encouraged to apply. Hiring is contingent upon eligibility to work in the United States. Applications should be submitted no later than February 15, 2017.  Apply here.
Posted by Dan Ernst at 9:30 AM