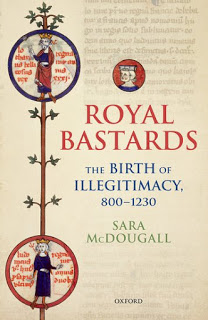 The stigmatization as ‘bastards’ of children born outside of wedlock is commonly thought to have emerged early in Medieval European history. Christian ideas about legitimate marriage, it is assumed, set the standard for legitimate birth. Children born to anything other than marriage had fewer rights or opportunities. They certainly could not become king or queen. As this volume demonstrates, however, well into the late twelfth century, ideas of what made a child a legitimate heir had little to do with the validity of his or her parents’ union according to the dictates of Christian marriage law. Instead a child’s prospects depended upon the social status, and above all the lineage, of both parents. To inherit a royal or noble title, being born to the right father mattered immensely, but also being born to the right kind of mother. Such parents could provide the most promising futures for their children, even if doubt was cast on the validity of the parents’ marriage. Only in the late twelfth century did children born to illegal marriages begin to suffer the same disadvantages as the children born to parents of mixed social status. Even once this change took place we cannot point to ‘the Church’ as instigator. Instead, exclusion of illegitimate children from inheritance and succession was the work of individual litigants who made strategic use of Christian marriage law. This new history of illegitimacy rethinks many long-held notions of medieval social, political, and legal history.

TOC after the jump
Introduction
1. The Language of Illegitimacy
2. The Carolingian Example: The Sons of Concubines
3. Illegitimacy and the Making of Medieval Dynasties 900-1050
4. Maternal Lineage and Anglo-Norman Succession 950-1150
5. Canon Law, Canonists, and Bastards in the World of Ivo of Chartres
6. Redefining Marriage and Legitimacy (1140-1200): Ideas and Practices
7. Royal Bastards of the Twelfth Century: The Monk-King of Aragon's Daughter, the Abbess-Countess of Boulogne's Daughter, and Tancred of Lecce
8. Illegitimacy and Legitimation in the Thirteenth Century: Pope Innocent III, King Philip II, and Emperor Frederick II
9. Scandal in Jerusalem: Royal Succession and Illegitimacy
10. Saint Fernando III, The Bastard King of Leon
Conclusion
Posted by Dan Ernst at 12:30 AM