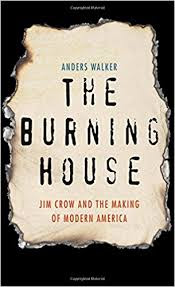 In The New York Times is a review of Catherine Nixey's The Darkening Age: The Christian Destruction of the Classical World.

Sarah E. Igo's "utterly original" The Known Citizen: A History of Privacy in Modern America is reviewed in The Washington Post.

At H-Net is a review of Jimmy Patino's Raza Sí, Migra No: Chicano Movement Struggles for Immigrant Rights in San Diego.  Also at H-Net is a review of Phillipe Sands'  East West Street: On the Origins of "Genocide" and "Crimes Against Humanity".  Also posted on the site is a review of Elizabeth Gillespie McRae's Mothers of Massive Resistance: White Women and the Politics of White Supremacy.

At NPR, Marc Dollinger speaks about his Black Power, Jewish Politics: Reinventing the Alliance in the 1960s. 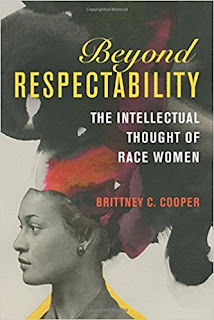 In a review essay at The New Republic, Mychal Denzel Smith takes up Elaine Tyler May's Fortress America: How We Embraced Fear and Abandoned Democracy and Alex S. Vitale's The End of Policing.

Denmark Vesey’s Garden: Slavery and Memory in the Cradle of the Confederacy by Ethan Kytle and Blain Roberts are also reviewed at The New Republic

Exploring the historical role these financial institutions have played as "political symbols for a wide variety of ideological interests," Mehrsa Baradaran discusses her The Color of Money: Black Banks and the Racial Wealth Gap at Public Books.  Also at Public Books is a review of Brittney Cooper's Beyond Respectability: The Intellectual Thought of Race Women.  Cooper's intellectual history of black women thinkers is described as a corrective to the focus "on black male intellectual production and the physical lives of women" and "demands that we dive deeper into the intellectual artifacts left by black women thinkers."
Posted by Brooke at 10:29 AM